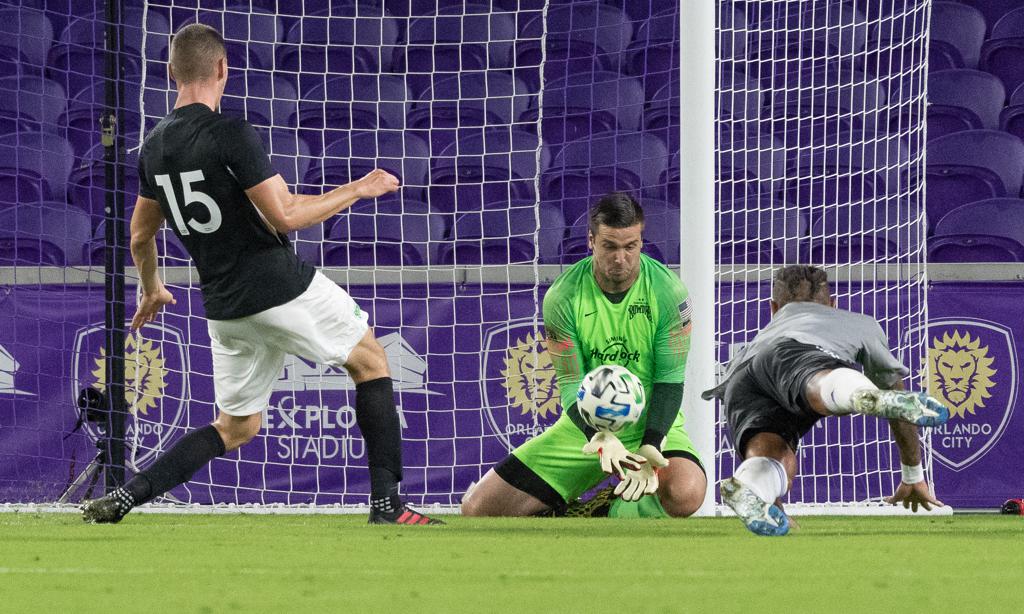 Tampa Bay’s new goalkeeper made the well-trodden journey from New Jersey to sunny St. Petersburg this winter, signing with the Rowdies after 11 years in the Red Bulls system having initially joined the academy as a 13-year-old. Louro is 24 years old, so the Red Bulls chapter represents nearly half his life.

If you think that’ll have Louro feeling sentimental when he steps on the field for the first game with new club, which just happens to be against his old club, think again.

“I’m a different type,” Louro said this week. “I hate everybody the same. If they’re not on my team, I don’t have time for them. I’m trying to not look at it as anything different. I’m not there anymore. I’m part of the Rowdies and they’re just an opponent to me. I’ll have a lot of family at the game and that part’s cool, but I’m not going to feel any different on the field. I was there for 11 years, so it’s going to be a little weird but I think once warmups end and the whistle blows, it’s just another game.”

Red Bull may give you wings, but now that he’s out of the Red Bulls system, it’s time for Louro to spread his wings.

After each of the last two seasons, Tampa Bay’s starting goalkeeper has moved on to Major League Soccer. In 2018, Daniel Vega left the Rowdies to sign with the San Jose Earthquakes, where he went on to start all 34 matches last season. In 2019, John McCarthy departed to sign with Inter Miami CF for its inaugural MLS season.

Louro hopes to be the next netminder to find success in Tampa Bay.

“Who wouldn’t want to come here,” Louro asked, motioning toward a sun-drenched Al Lang Stadium. “Recently, I think the Rowdies have trended away from signing the more established, elder statesmen type players and they’re making that turn toward getting younger, hungrier players that want to prove themselves. It’s something players like me want to be a part of.”

Louro’s switch to the Rowdies, along with center back Jordan Scarlett, should add some spice to a match that already looked to be one of the most intriguing on the opening weekend slate of USL Championship action. The teams have a history of heated matches against one another, including a 2017 USL Championship Playoffs match in which Louro made six saves to eliminate the Rowdies.