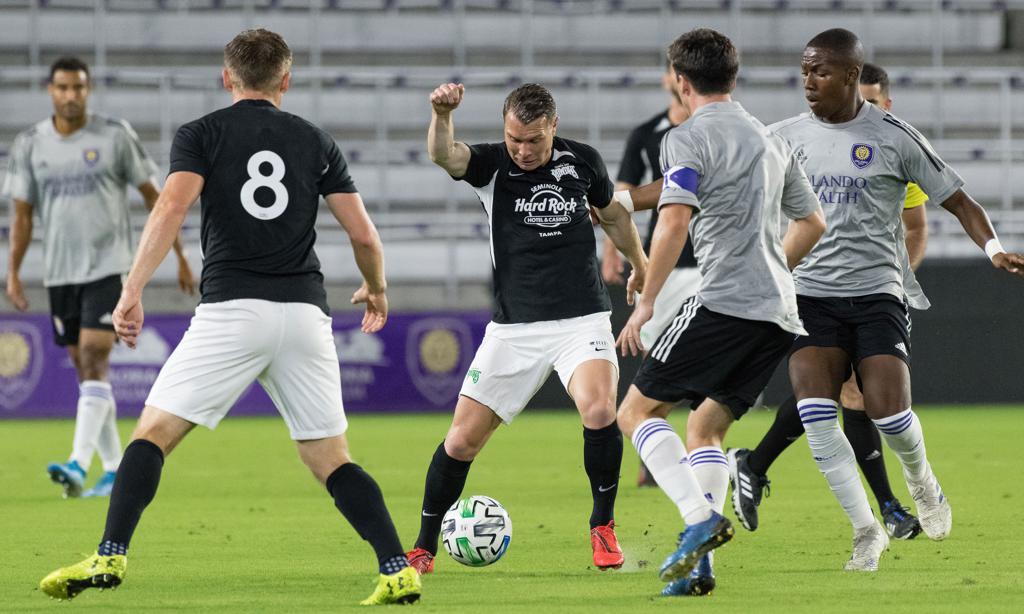 ST. PETERSBURG, Fla. (March 3, 2020) -- With the regular season set to start this weekend, it's time to take a closer look at each position group on the Tampa Bay Rowdies revamped roster for the 2020 USL Championship season. So far, we've looked at goalkeepers and defenders and now it's time to focus on the midfield.

When looking at the options Rowdies Head Coach and Technical Director Neill Collins has at his disposal in the midfield. It seems likely that the Rowdies will primarily play with a 3-5-2 formation again this season, so it makes sense to split the group into wing backs and central midfielders.

At wing back, the competition on the right side looks intense between returning starter Malik Johnson and newcomer Mustapha Dumbuya, with Juan Tejada also playing some minutes in that position both in 2019 and in preseason this year.

Similarly on the left side, it looks like returning starter Leo Fernandes looks set to enter the season as the starter, but with competition from newcomer Sebastian Dalgaard. Max Lachowecki could also be an option in that position.

"Wing backs was one of the biggest positions we wanted to strengthen this offseason," Collins said. "We felt last year that when we had all our wing backs fit and firing, we were really hard for opponents to match up against, but when they were out, we really lacked depth. Mustapha and Sebastian give us really like-for-like replacements for Malik and Leo. Sebastian can go one-on-one against anyone, like Malik and Leo, and Mustapha has shown his pedigree this preseason. He's got great ability to penetrate with his pace, but he's equally strong defensively with his positioning and experience. We like attacking wing backs and we've got them. We can't expect any of those players to play every single game, so we need to have options to vary things week to week."

In the center of the park, it comes down to how Collins wants to set up the triangle in each match against each opponent. In most matches, it seems likely to see a holding midfielder paired with a deep-lying playmaker at the base of the midfield, behind an attacking midfielder.

Against certain opposition and with certain gameplans, that can change to one holder and two attacking midfielders or two outright holding midfielders with more of a box-to-box midfielder ahead of them.

Along with a returning cast of Dom Oduro, Jordan Doherty, Yann Ekra and Zach Steinberger, the central midfield has been supplemented with the signings of Lewis Hilton and Kevin Mendoza, plus Hayden Morgan and Julio Plata on USL Academy contracts.

"I think the midfield was one of our biggest strengths last year," Collins said. "Dom, Yann, Jordan and Zach all contributed well at different times last year. I think Lewis makes us even stronger and gives us something we didn't have last year because he's deadly on set pieces. We've actually managed to make that area stronger. Kevin Mendoza played for our Under 23s and he's capable of scoring goals from the No. 10 position. Zach can score goals as well so there's a lot of competition in there." 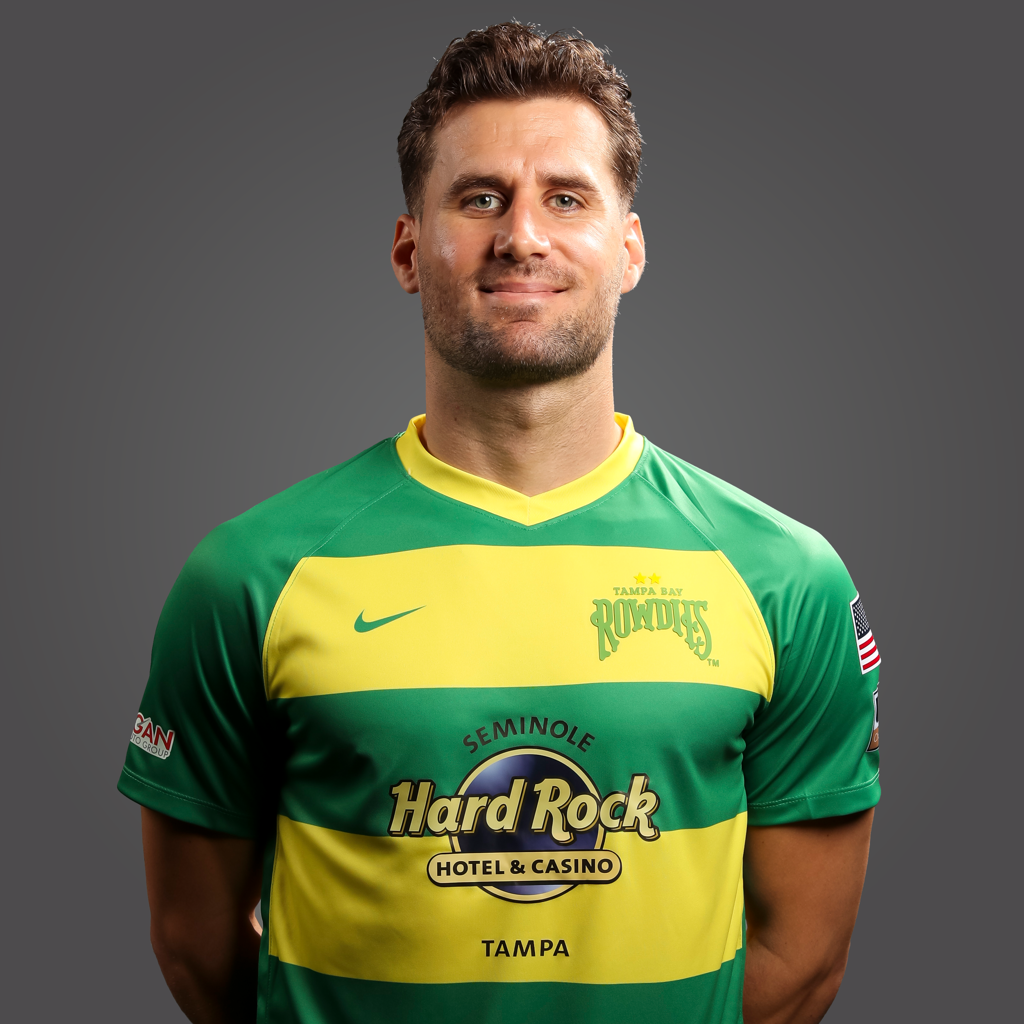 Dalgaard is in the rotation at either wing back spot, though he mostly played on the left side this preseason. He played more than 2,000 minutes and started 24 Championship matches in 2019. Dalgaard exited the final preseason match with a knock but shouldn't miss much time. 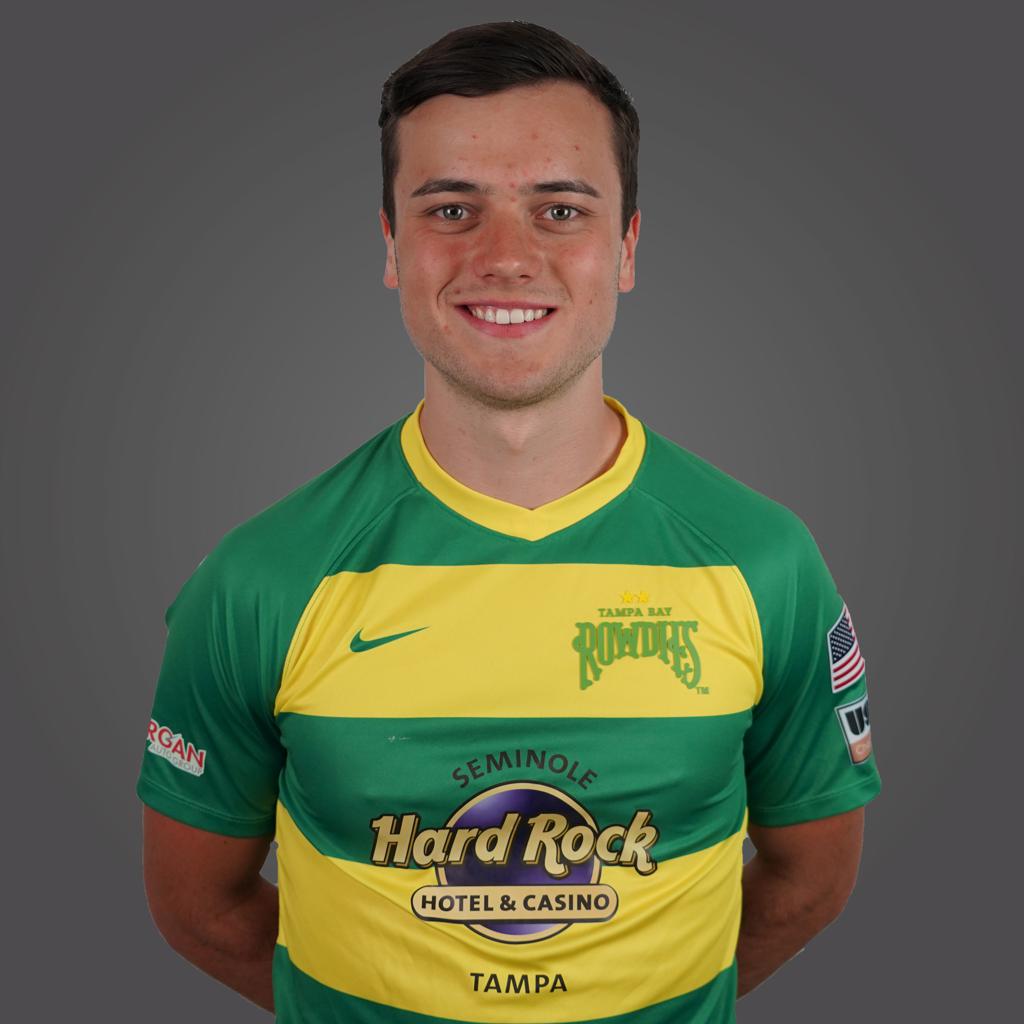 Jordan Doherty signed with the Rowdies on a permanent basis this offseason after spending last year with Tampa Bay on loan from Sheffield United FC. In 2019, he became one of the youngest players to play for the Rowdies in either era. He'll play the bulk of his minutes as a defensive midfielder. 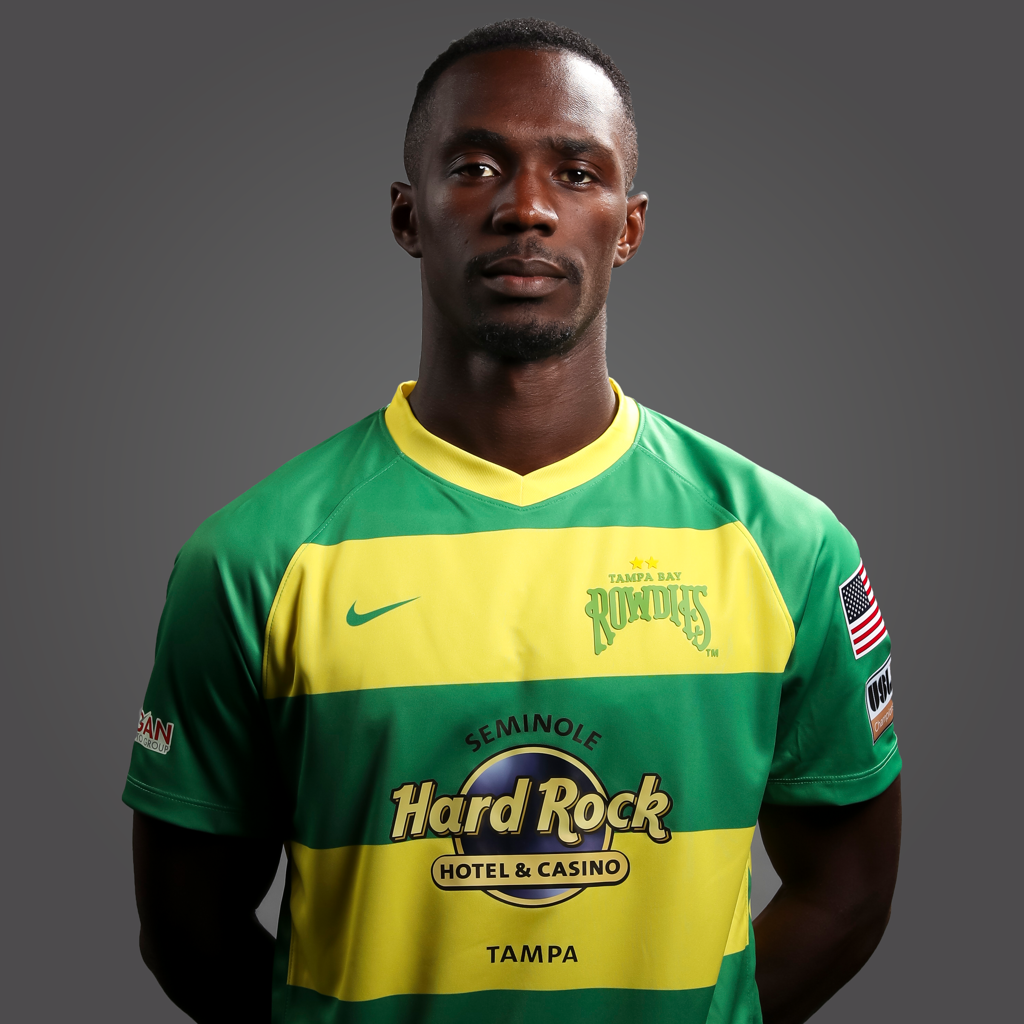 Ekra was limited to about 1,000 minutes in 2019 due to injury, but looked to be one of the most dominant physical threats on the roster. A box-to-box midfielder, Ekra is a dynamic option as a deep-lying playmaker or in a more advanced role. 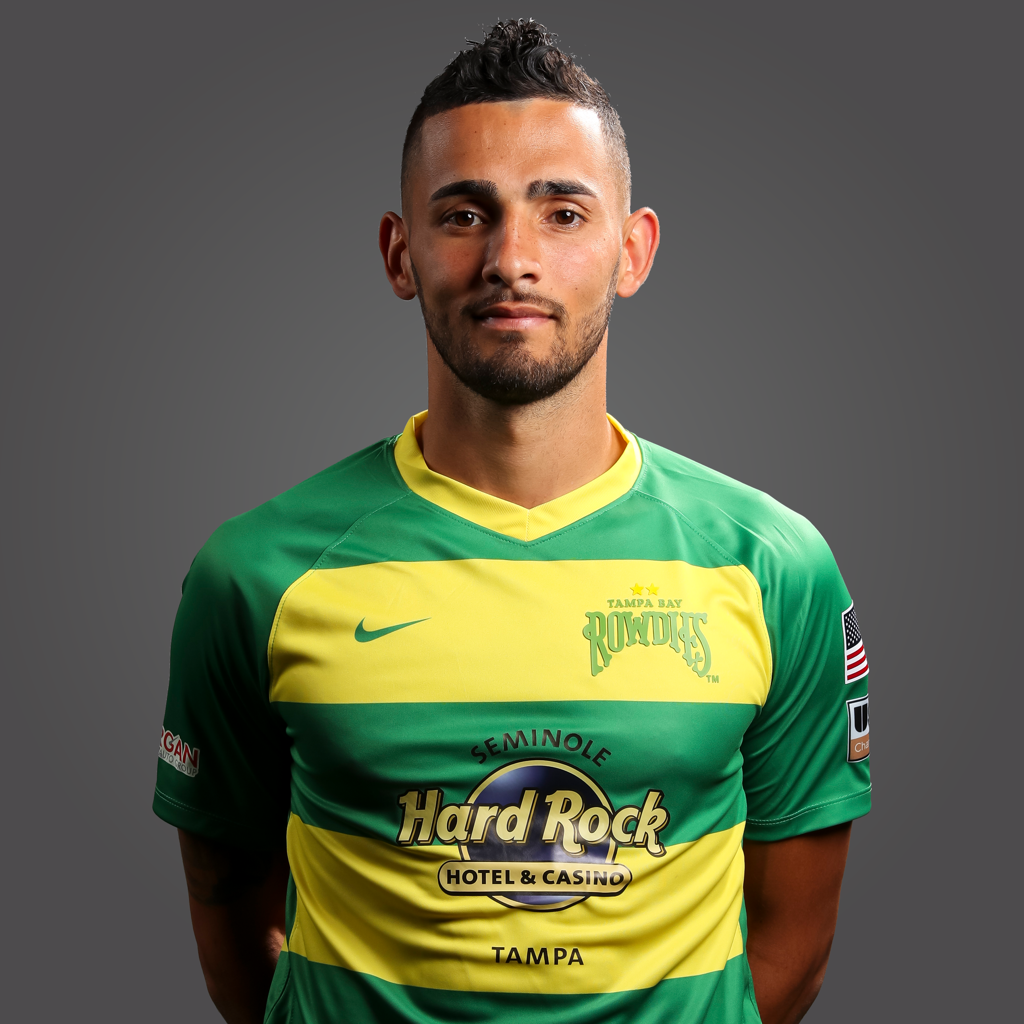 Fernandes heads into the season as the projected starter in the left wing back spot. In 2019, his 10 assists made the first double-digit assister for the Rowdies since Marcel Schafer's 11 in 2017. If he stays healthy and in the lineup, Fernandes has a chance to reach 100 appearances for Tampa Bay at the end of the year. 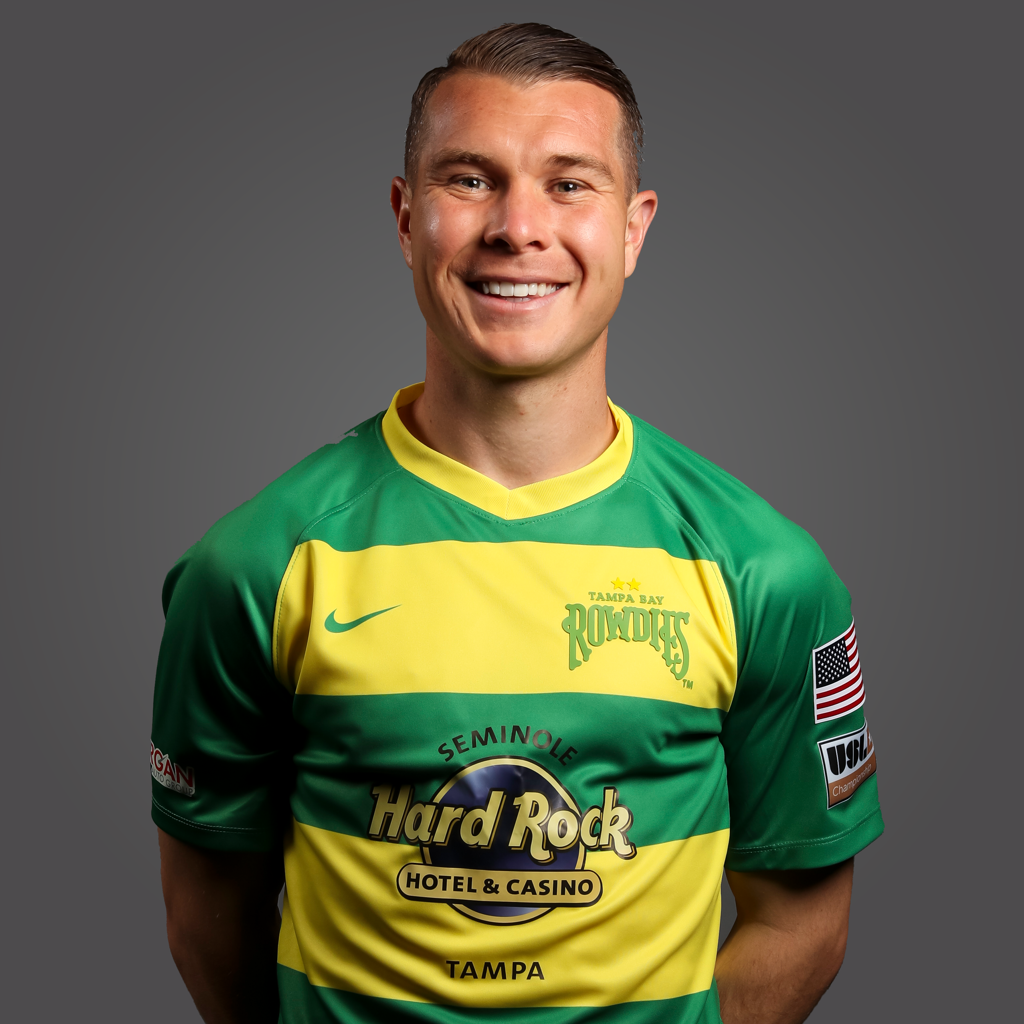 Hilton was the first new addition signed by the Rowdies this season and projects as a starter in the center of the midfield. With Saint Louis, he played nearly every match of the last two seasons. He's spent much of this preseason in one of the deep-lying spots paired with Dom Oduro but with freedom to get forward in possession. 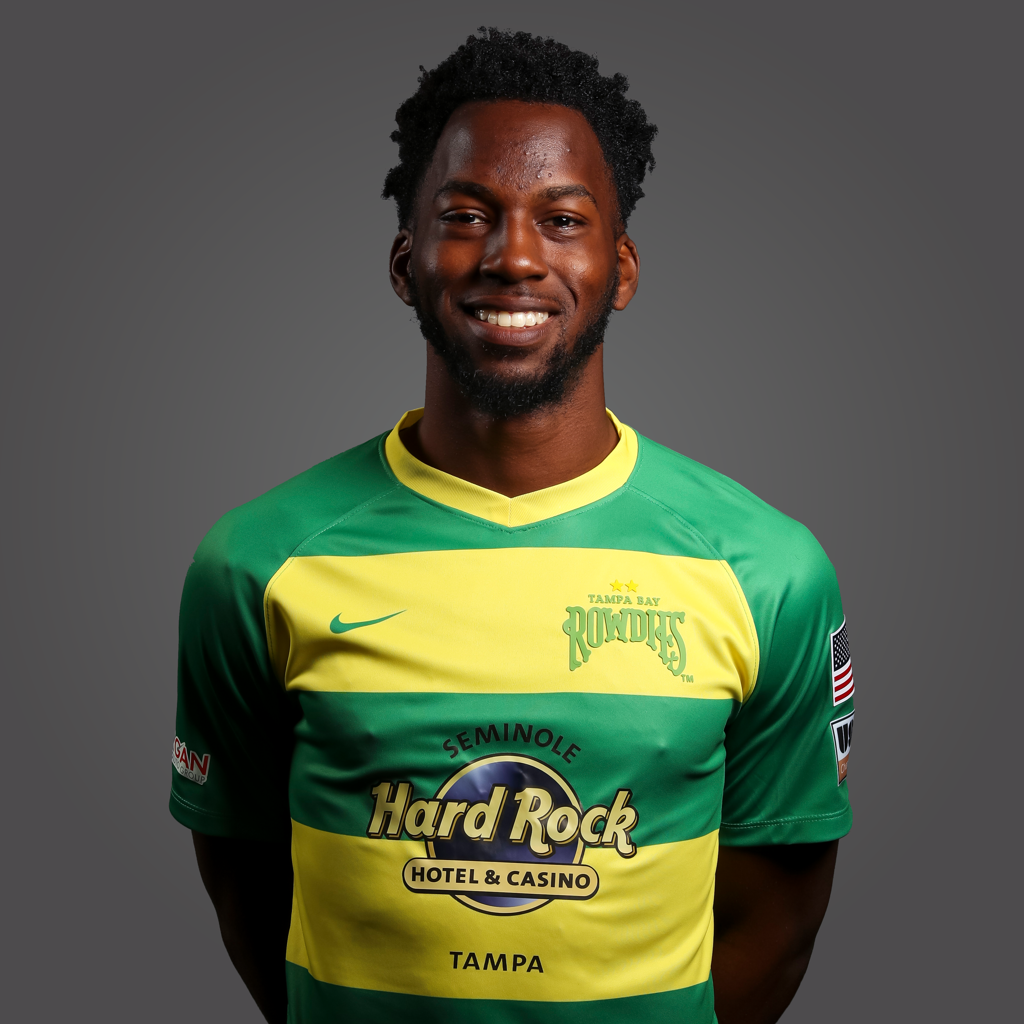 Due to a preseason shoulder injury in 2019, Johnson didn't make his Rowdies debut until May of last year but proved to be a vital component of Tampa Bay's attack. He scored three goals and provided eight assists from the right wing back spot. Johnson hasn't played much this preseason due to an injury, but he's not expected to miss much time. 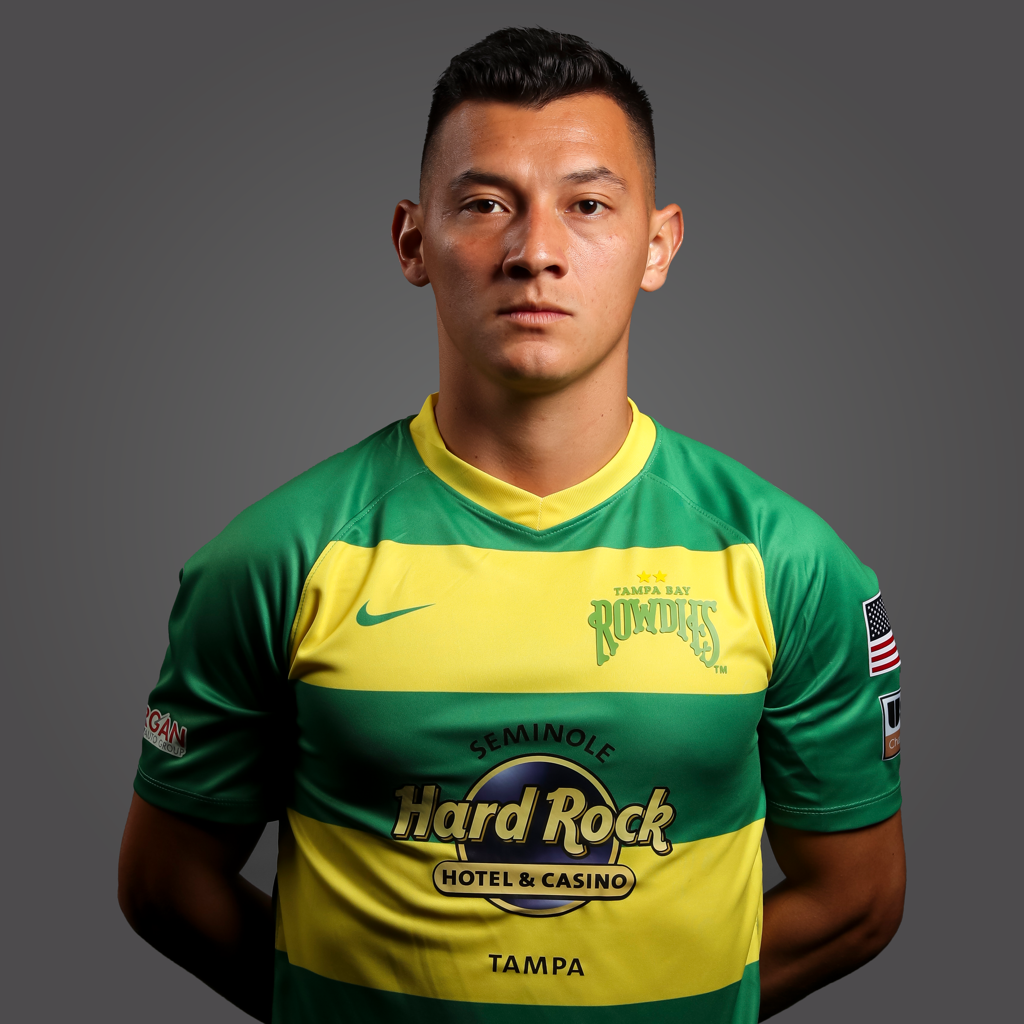 Mendoza is new to the Rowdies first team, but not new to the club. He spent 2017 with the Rowdies U23s in USL League Two, scoring eight goals and adding eight assists in just 11 matches. Mendoza is the rotation as an out-and-out attacking midfielder. 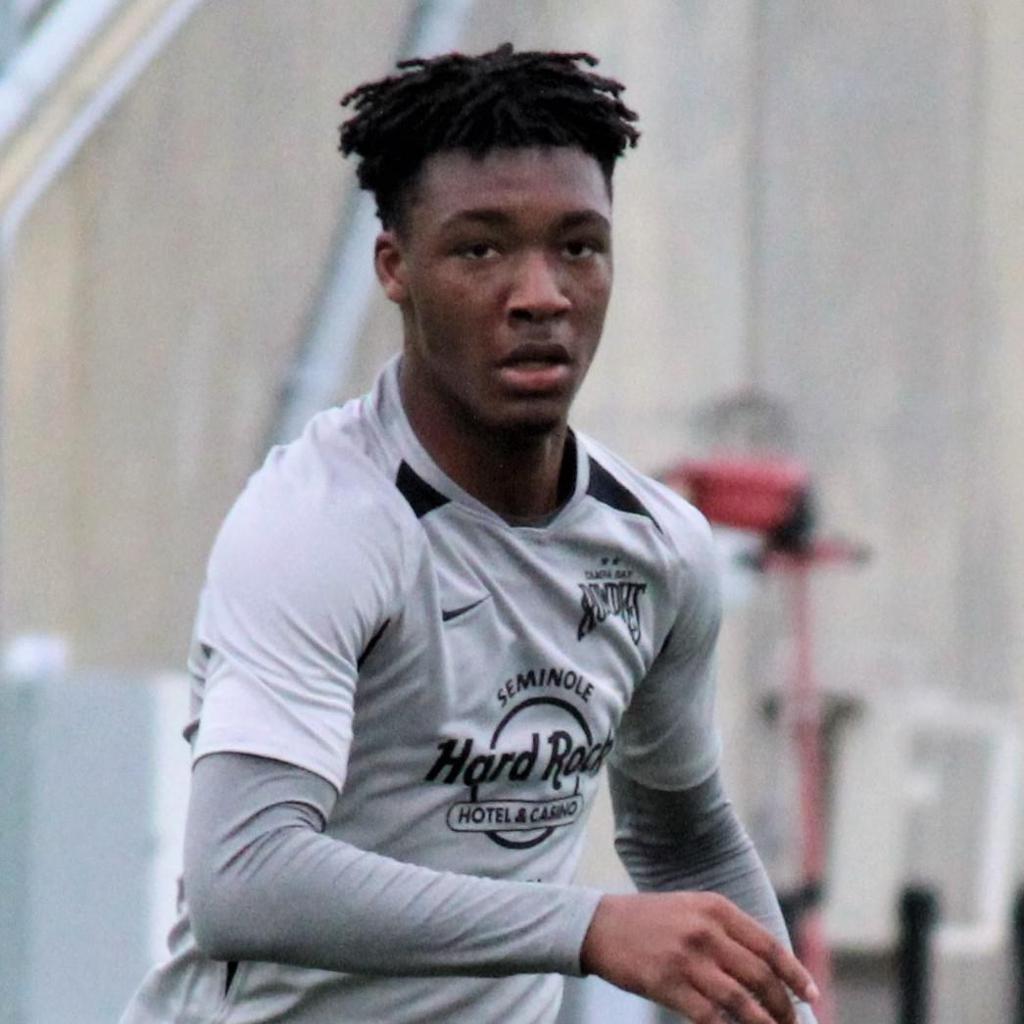 Morgan signed a USL Academy contract with the Rowdies on February 26. He featured in a couple of preseason matches for Tampa Bay this preseason as deep-lying central midfielder. 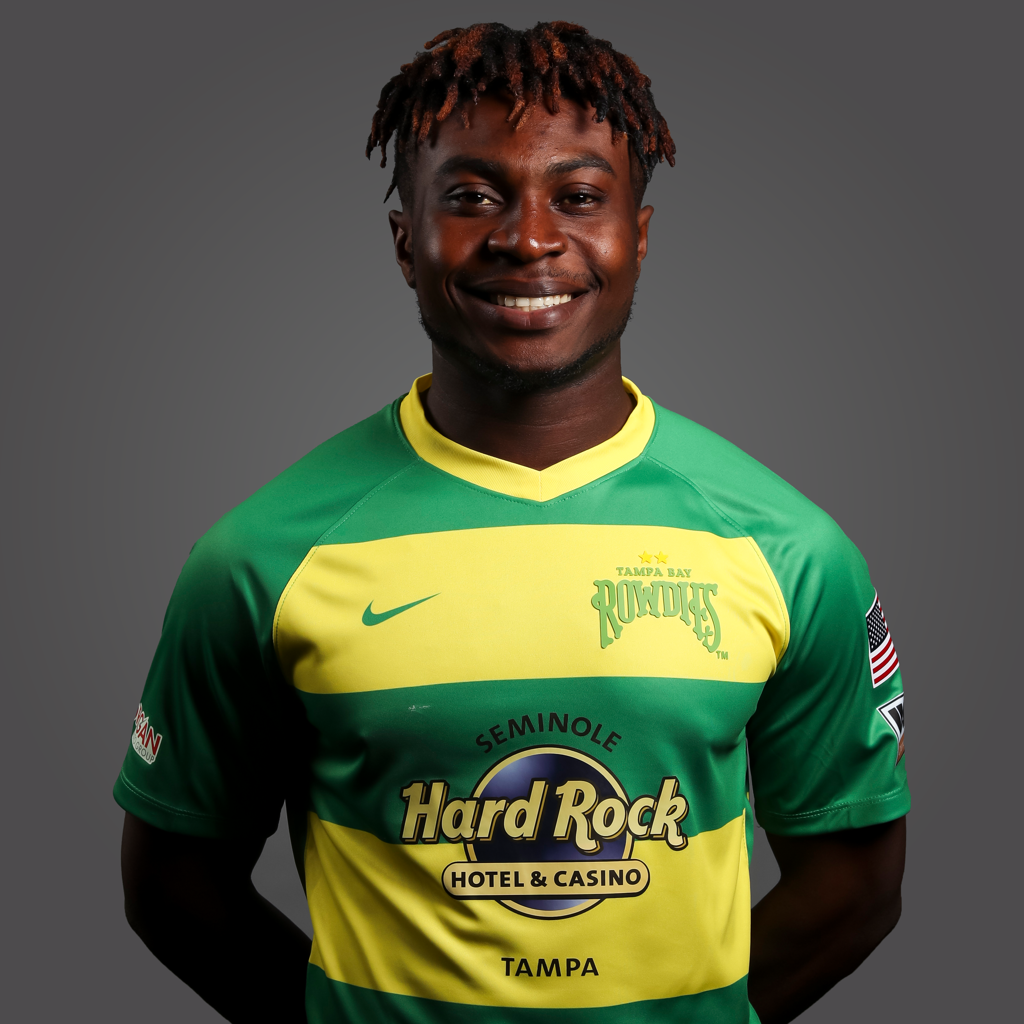 Oduro has been a staple of the Rowdies midfield since signing from League Two side FC Golden State Force midway through the 2018 season. Oduro projects to once again be a starter as Collins' first-choice defensive midfielder. 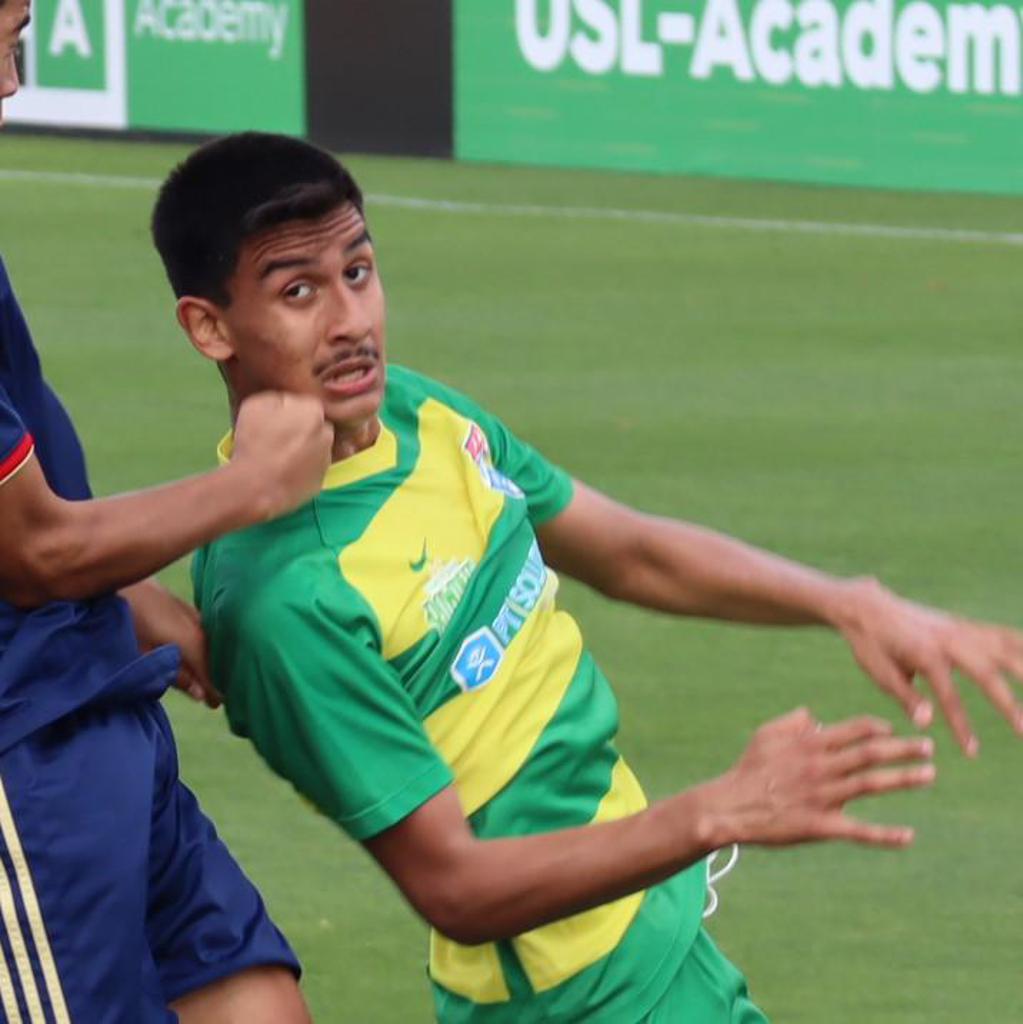 Plata signed a USL Academy contract with the Rowdies on February 26. He appeared just once with the first time this preseason, playing in a closed-door match against the Chivas Florida U23s on February 1. Plata plays as an attacking midfielder. 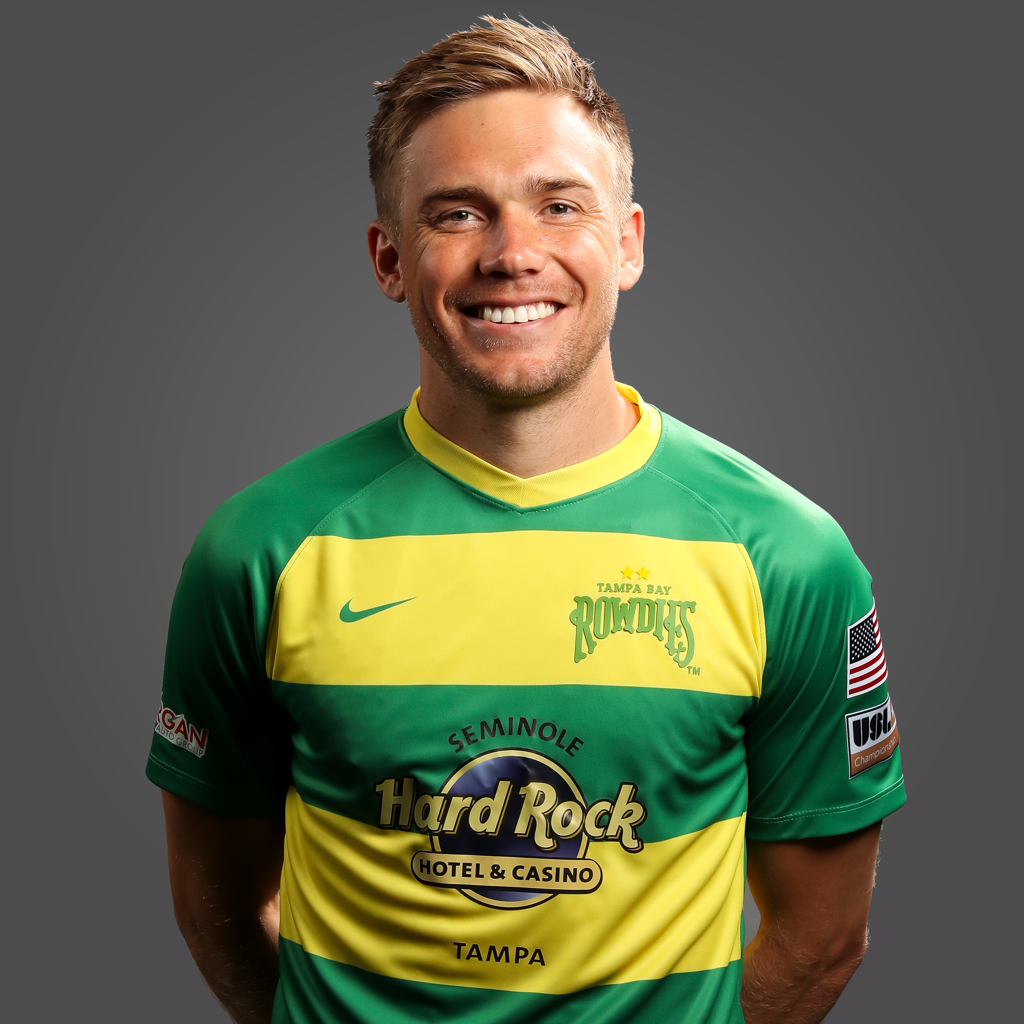 Steinberger scored three goals and added two assists in league play last season, plus another goal and four assists in Lamar Hunt U.S. Open Cup play. This preseason, Steinberger has played mostly with the first unit as the first-choice No. 10.