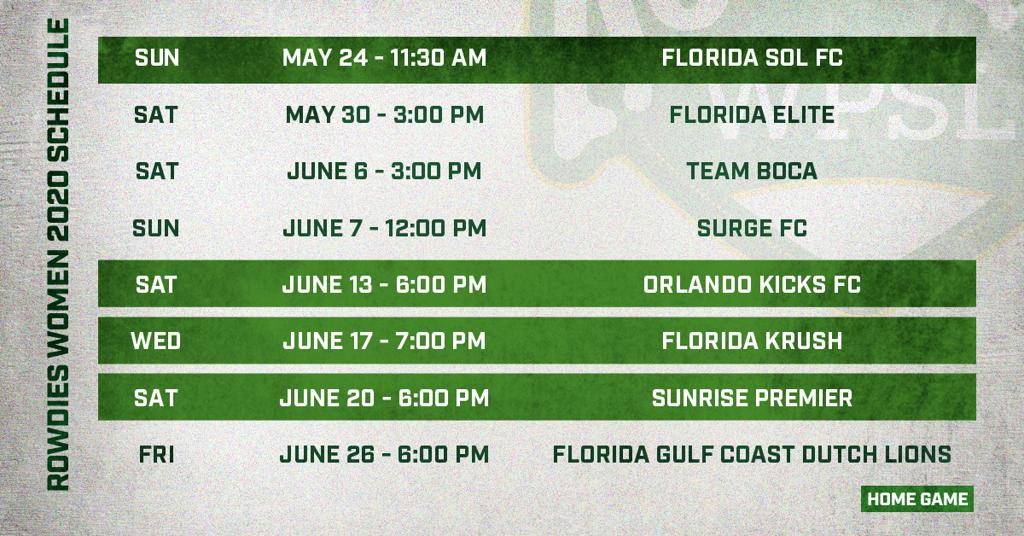 ST. PETERSBURG, Fla. (March 3, 2020) – The Rowdies Women will play three of their four regular season home games on weekends at Al Lang Stadium, with the schedule for their inaugural WPSL season now confirmed.

The Rowdies Women will open their campaign at home on Sunday, May 24 against Florida Sol FC before departing for a three-game road trip. The team will then play three consecutive home games in an eight-day stretch before closing the regular season on the road against Florida Gulf Coast Dutch Lions.

The WPSL regular season runs from May 24 to June 26 with national playoffs to follow.

All Rowdies Women home matches will be played at Al Lang Stadium with free admission to all fans.