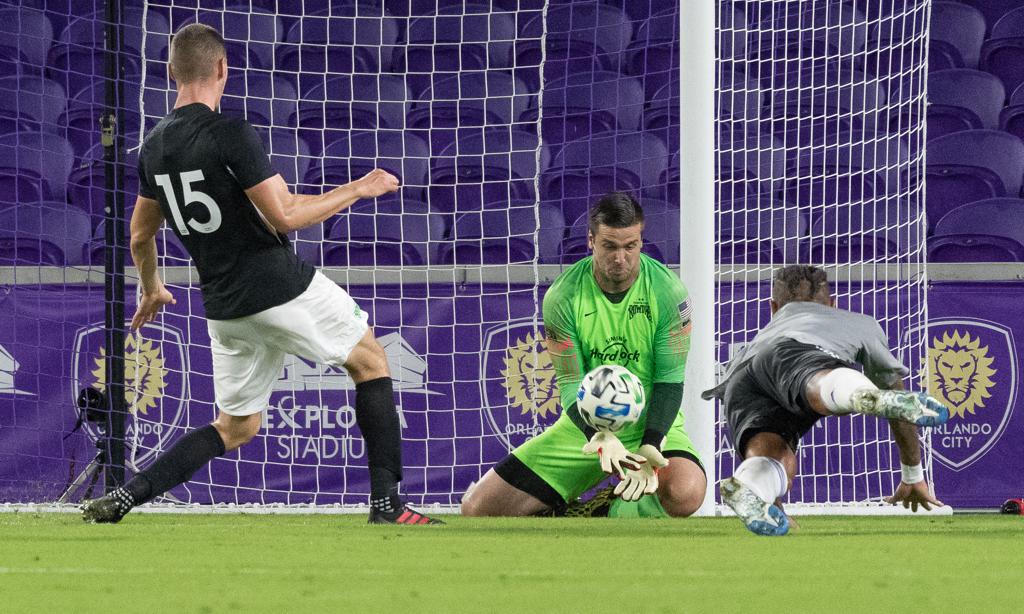 ST. PETERSBURG, Fla. (February 28, 2020) -- With the regular season set to start week, it's time to take a closer look at each position group on the Tampa Bay Rowdies revamped roster for the 2020 USL Championship season, starting with goalkeepers.

Macklin Robinson is the one holdover from last year’s goalkeeper group, with John McCarthy and Chris Konopka departing the club.

McCarthy was the primary starter last season, with Robinson starting just five matches in USL Championship play. In his limited starts, Robinson made his fair share of highlight reel saves and posted one clean sheet.

In for this season are Evan Louro and Ian McGrane, who project to be the starter and third goalkeeper, respectively. Louro has eaten up most of the minutes this preseason and featured against Orlando City SC, the Montreal Impact and Inter Miami CF, the three hardest tests on Tampa Bay’s preseason schedule.

“We’ve got three guys all competing for one position, which is always tough,” Rowdies Head Coach and Technical Director Neill Collins said. “I think, right now, Evan, with his experience and with his performances in preseason and last year, heads into the season as our No. 1. … We saw last year when John got hurt, Macklin is more than ready to step in.”

Louro arrives in Tampa Bay with a history of frustrating the Rowdies with his former club, New York Red Bulls II. Rowdies fans may remember a crushing defeat to the Red Bulls in the 2017 playoffs. Louro was the biggest reason for that loss, posting six saves in a 2-1 Rowdies loss.

“Their goalkeeper was their best player on the pitch,” Rowdies midfielder Joe Cole said that night.

At just 24 years of age, Louro arrives in St. Petersburg with 79 starts in USL Championship play, but now finds himself playing for a new club.

Tampa Bay’s other newcomer between the sticks is Ian McGrane, also 24 years old. McGrane split last season between AFC Ann Arbor in the NPSL and Stumptown Athletic in NISA. While he hasn’t played many games professionally, he has all the tools for a successful career.