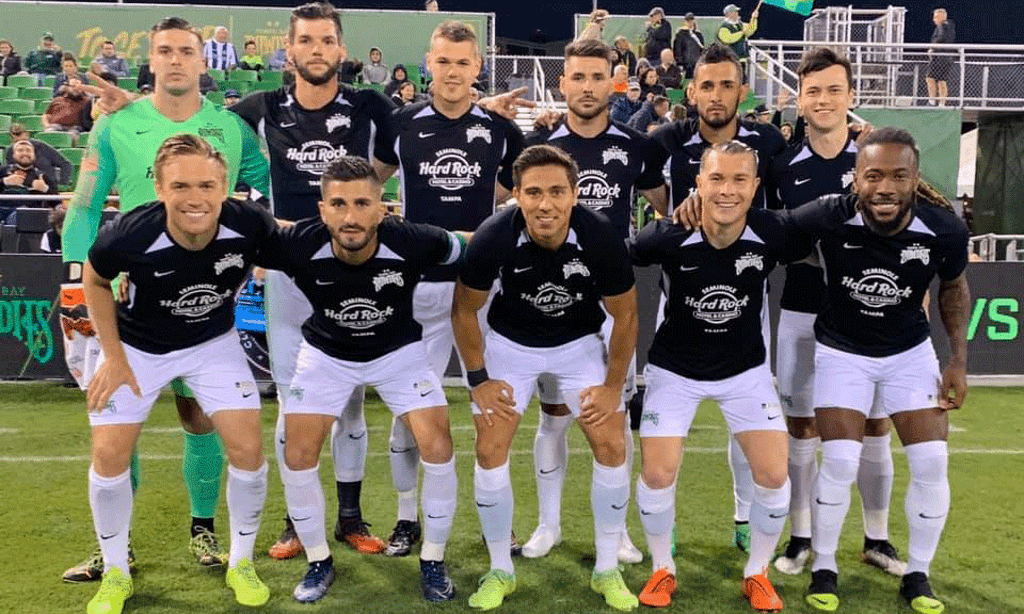 ST. PETERSBURG, Fla. (February 23, 2020) -- The Tampa Bay Rowdies faced a couple of major tests this weekend as preparations for the 2020 USL Championship season continued. Opening day of the regular season is now less than two weeks away.

Rowdies Head Coach and Technical Director Neill Collins guided the team in a pair of matches less than 24 hours apart, giving as many players as possible the chance to play a match over the course of the weekend. Tampa Bay fell 1-0 to Major League Soccer's Inter Miami CF on Saturday night and then fell 3-2 to USL League One's South Georgia Tormenta FC on Sunday afternoon in a closed-door match.

Saturday night, Collins picked a team that increasingly looks like a group that could start in the Rowdies season opener against New York Red Bulls II on March 7.

That lineup featured the same goalkeeper and defensive group as had started against Orlando City SC and the Montreal Impact in the prior two preseason matches in Evan Louro, Louis Lomas, Forrest Lasso and Aaron Guillen. While they did concede a goal to Miami's Robbie Robinson in the 21st minute, that was the first and only goal conceded by them in 240 minutes of action against MLS sides this preseason.

The Rowdies had a couple of chances to tie the match in the second half but were thwarted by former goalkeeper John McCarthy, now with Miami.

On Sunday afternoon, just 17 hours after the Miami match ended, the Rowdies were back in action with a team filled with trialists and youth soccer players.

The young Rowdies didn't start the match well, conceding three goals in the opening 33 minutes before eventually finding their footing.

Tampa Bay put in a strong effort in the second half, with Lucky Mkosana netting a penalty kick in the 57th minute after a Kevin Mendoza shot struck the hand of a Tormenta FC defender to cut the deficit to 3-1.

The Rowdies scored again just three minutes later off a corner kick, with Max Lachowecki getting the final touch.

Mendoza nearly tied the match in the 78th minute with a free kick on target, but it was saved by the Tormenta goalkeeper with the Rowdies rally ultimately falling short.

Tampa Bay's final preseason match is set for Friday night on the road in Tampa against the USF Bulls at Corbett Stadium. Kickoff is set for 7 p.m. and admission is free.