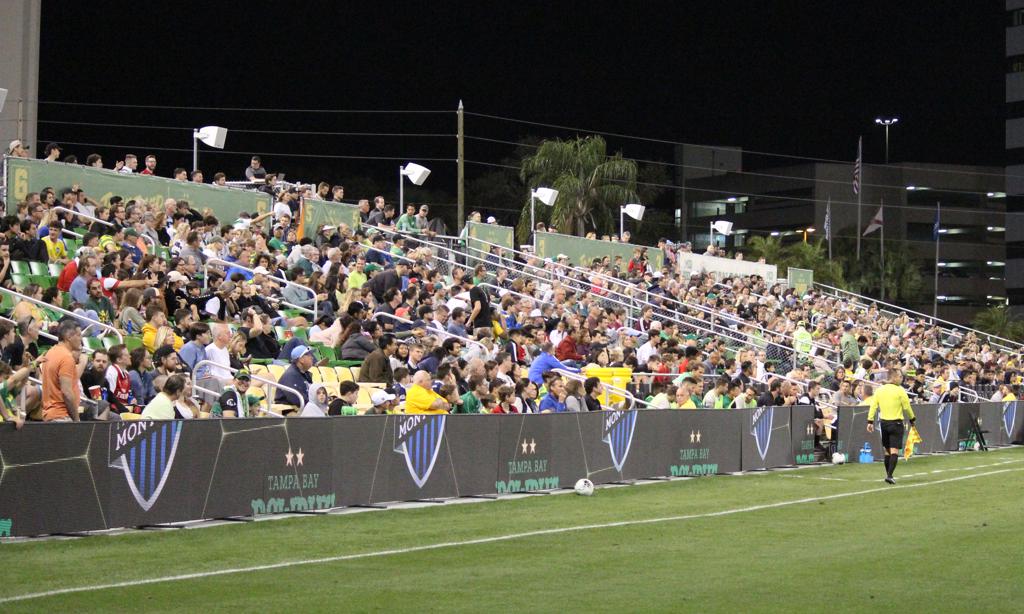 The Basics
Tampa Bay Rowdies vs. Inter Miami CF
Saturday, February 22, 7 p.m. ET
Al Lang Stadium, St. Petersburg, Fla.
Follow us for live updates on Twitter at @RowdiesGameday
There will not be a stream of this match

Tickets
Admission to Saturday's match is free of charge with no tickets required. Gates 3 and Midfield will open at 6 p.m. for all fans.

Parking
Parking in Lot A at Al Lang Stadium will be available for $10 following the conclusion of the Saturday Morning Market, typically at about 3 p.m. No parking passes will be accepted.

Food Trucks
The Coco's Latin Cuisine truck will be located behind the midfield seating section during the match.

Rowdies Notes
This will be the fifth match of Tampa Bay's seven-game preseason slate. The Rowdies opened the month with a closed-door match against the Chivas Florida U23 academy, then beat the University of North Florida 2-0 in Jacksonville last weekend. The Rowdies lost 2-1 to Orlando City SC in a closed-door match on February 12 in Orlando but bounced back with a 2-1 win over the Montreal Impact at Al Lang last weekend. Sebastian Guenzatti scored both goals in the win over Montreal.

Tampa Bay brings a roster of 21 players into this match, including 11 players that were not on the Rowdies roster in 2019. The roster will be supplemented by a number of academy players and guests.

Defensive solidity has been a point of emphasis for the Rowdies this season with no returning defenders and only one returning goalkeeper from the 2019 season. Goalkeeper Evan Louro has started behind a back three of Louis Lomas, Forrest Lasso and Aaron Guillen in each of Tampa Bay's last two matches. Against Orlando, that group kept a clean sheet for 62 minutes before Lasso departed the match. Against Montreal, that same group kept Montreal off the board until a penalty kick in the 90th minute.