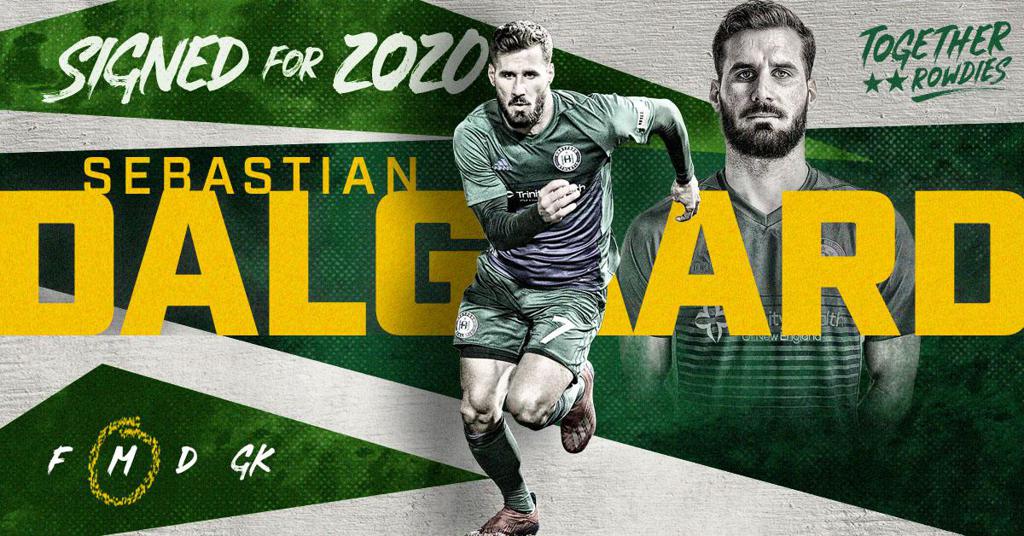 Dalgaard, 28, has been on trial with the Rowdies for most of preseason. He played as a wing back in the matches against UNF, Orlando City and the Montreal Impact. Dalgaard spent last season with the Hartford Athletic, playing in 27 matches and scoring five goals and adding two assists.

Prior to Hartford, Dalgaard played one season with Saint Louis FC and two with OKC Energy FC. He has also played for BK Marienlyst, Brønshøj BK and Middelfart G&BK in his native Denmark.

“We noticed last year that we relied on Leo Fernandes and Malik Johnson heavily in the attacking third and Sebastian will help carry that load,” Rowdies Head Coach and Technical Director Neill Collins said. “He’s a player that will get the fans out of their seats and I’m excited to see him play for us. He can go past players one on one, plus also assist and score goals as well as play on either side of the field.”

Dalgaard is the 22nd player on Tampa Bay’s roster for the season ahead and is expected to be the final senior signing before the season opener on March 7 against New York Red Bulls II. The Rowdies have three preseason matches remaining, starting with a home game against Inter Miami CF at Al Lang Stadium tomorrow night at 7 p.m. Admission is free with no ticket required.

“We’ve signed 22 players and it’s not the biggest squad the Rowdies have ever had, but it’s the most competitive,” Collins said. “People will have to compete really hard for the places and that’s the way it’s been designed. I’m going to have a tough job picking the team each week. We’re delighted with the recruitment work that we’ve done and I’m excited to get the season started with these 22.”