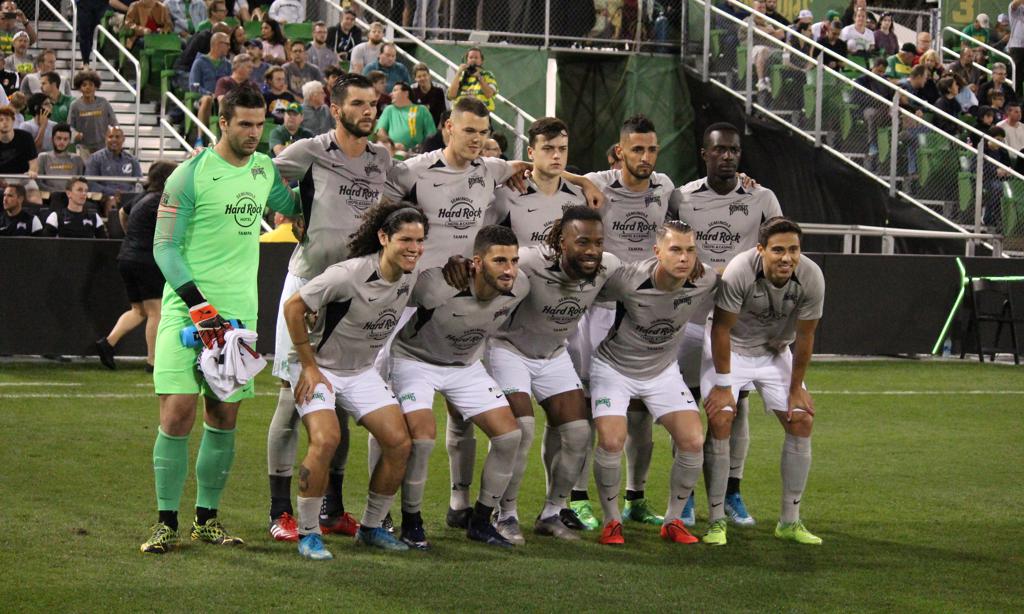 Sebastian Guenzatti scored once in each half and the Rowdies came up just a few seconds short of a clean sheet as Impact midfielder Romell Quioto converted a penalty with the final kick of the match.

Guenzatti put the Rowdies ahead in the 14th minute after VAR confirmed a Montreal handball, giving Tampa Bay an early penalty kick. His initial attempt was saved by Impact goalkeeper Evan Bush, but Guenzatti reacted quickly to put in the rebound.

Montreal had a couple of scoring chances of its own, including a scary moment in the 39th minute when Lasso was forced to make a goal line clearance to keep the Impact off the board.

Mathieu Choiniere nearly scored for Montreal in the 47th minute when his shot took a deflection and rocked the crossbar before bouncing to safety.

Guenzatti doubled Tampa Bay's lead off an assist from Lucky Mkosana in the 76th minute, setting the Rowdies up for an impressive victory.

The Rowdies could've made the score 3-0 when Leo Fernandes served a ball across the face of goal, but Mkosana's slide came up just short on what would've been a tap-in at the back post.

Tampa Bay will be back in action next Saturday night when it hosts Inter Miami CF on the final day of the Suncoast Invitational. Admission to that match is free of charge with no ticket required.