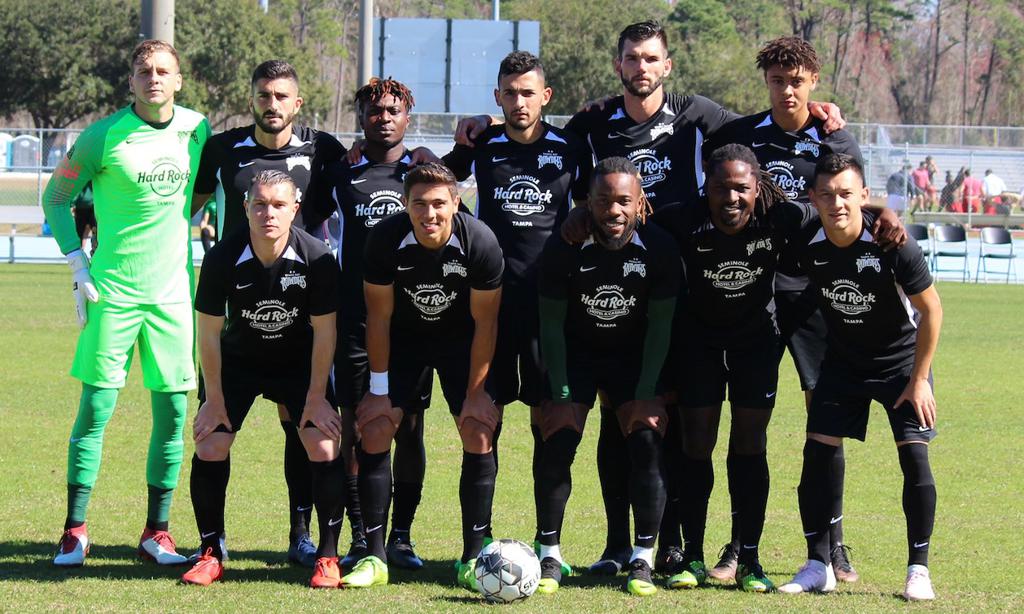 A pair of newcomers, Aaron Guillen and Kyle Murphy, scored the goals in a strong performance for Tampa Bay.

Guillen started the first half and scored on an overhead cross from Lewis Hilton's cross. Kyle Murphy's goal came at the end of a lengthy passing movement which ended with Murphy tucking in a Juan Tejada cross to make the score 2-0.

Tampa Bay had a handful of other scoring chances, including a Kevin Mendoza shot that struck the post, but finished with two goals.

The Rowdies will be in preseason action once again Wednesday in a closed-door scrimmage against Orlando City SC. Tampa Bay hosts the Montreal Impact in a match that is open to the public this Saturday. Kickoff is at 7 p.m., following Inter Miami vs. Philadelphia Union at 4 p.m. Admission is free for all with no ticket required.