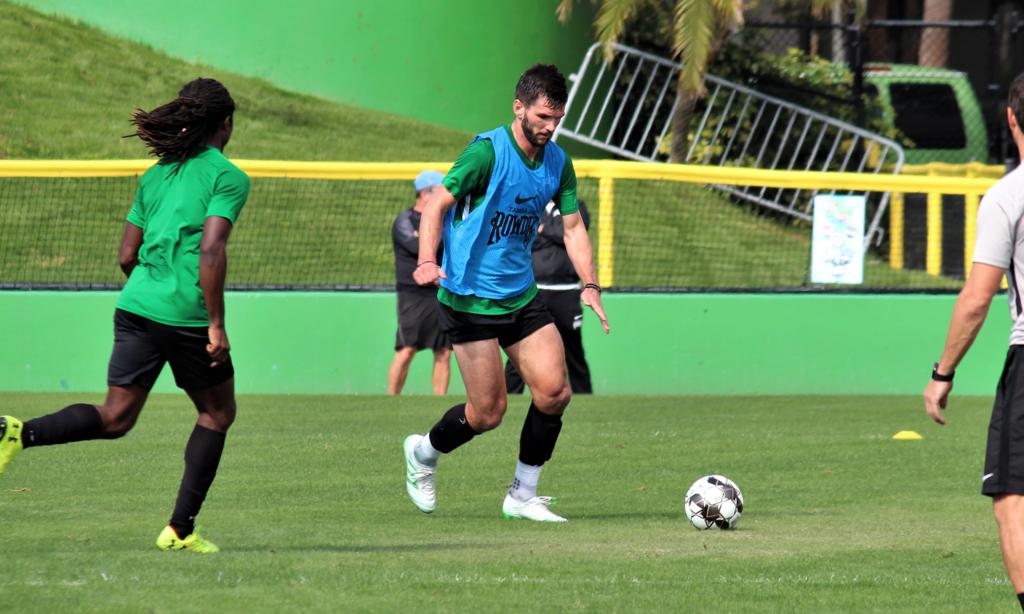 ST. PETERSBURG, Fla. (January 30, 2020) -- For more than a month this offseason, the Tampa Bay Rowdies had no defenders on the roster. After finishing the regular season as the No. 5 seed in the Eastern Conference and bowing out of the playoffs in the Conference Quarterfinals, Head Coach and Technical Director Neill Collins decided a rebuild at the back was in order.

On December 17, the rebuild began in earnest with the splashy arrival of Forrest Lasso, a commanding center back in Collins’ image. Lasso has earned a spot in the USL Championship Best XI in each of the last three seasons and was the Defender of the Year in 2018 with FC Cincinnati.

Curiously, each of those Best XI recognitions came with a different team. He earned it with the Charleston Battery in 2017, Cincinnati in 2018 and Nashville SC in 2019, despite only playing 12 matches on loan. Lasso is no stranger to building chemistry with new defensive partners and teammates. The only problem was, there were no other defenders to build chemistry with. Lasso was the one and only defender on the roster.

“I was joking around with Neill around the time I signed saying, ‘Hey, who else are we signing? I want to look these guys up and get to know them and start talking to them,’” Lasso said. “We’re all here together now for the first time with the Rowdies and it’s exciting. Obviously, there may be a few more growing pains for a new unit, but it’s an opportunity for us to build something together that’s really ours.”

In the days after Lasso’s signing, the Rowdies signed center backs Aaron Guillen (from North Carolina FC), Jordan Scarlett (from New York Red Bulls II) and Louis Lomas (on loan from Norwich City FC). If Neill Collins intends to play with a back three in 2020, some combination of those four players will likely get to start together on opening day in New Jersey on March 7.

Lasso figures to be a strong starting point to build his defense around. With three Best XI recognitions on his resume, Lasso is motivated to keep a high standard.

“If I’ve done this for the past three years, my teammates, my coaches and my club are going to expect at least that standard for me,” Lasso said. “In my opinion, if I’m staying complacent or expect just that of myself, I’m not getting better. I’m internally motivated, I want to get better each and every day. I’ve been fortunate and blessed to earn some accolades along the way, but the past three Best XI frankly don’t matter in 2020. It’s a brand new year with a brand new team.”

Perhaps it’s not a coincidence that Lasso has more than a little in common with Collins, now his head coach. They’re both tall, dominant defenders that play with a take-no-prisoners mindset. Lasso picked the No. 3 jersey previously worn by Collins. They both take joy in sharing their professional experience by writing a blog. One of Lasso’s most recent posts details his offseason workout regimen.

They lined up against each other twice in 2017, with Lasso scoring a goal against the Rowdies while being marked by Collins.

“I think Neill and I are almost cut from the same cloth,” Lasso said. “We’re from very similar molds. He reminded me that there’s a lot of pressure wearing the number three as a center back with the Rowdies. I welcome that with open arms. One of the main reasons I’m here is because Neill played at a high level for a long time and he knows what it takes. It’s an opportunity for me to pick his brain and learn from him.”

Lasso and the Rowdies now have about two weeks of preseason training under their belts with the first bit of game action coming up this weekend in a closed-door scrimmage against the Chivas Florida Academy U23s, the first of seven matches Tampa Bay will play to get its back line on the same page in time for the regular season.