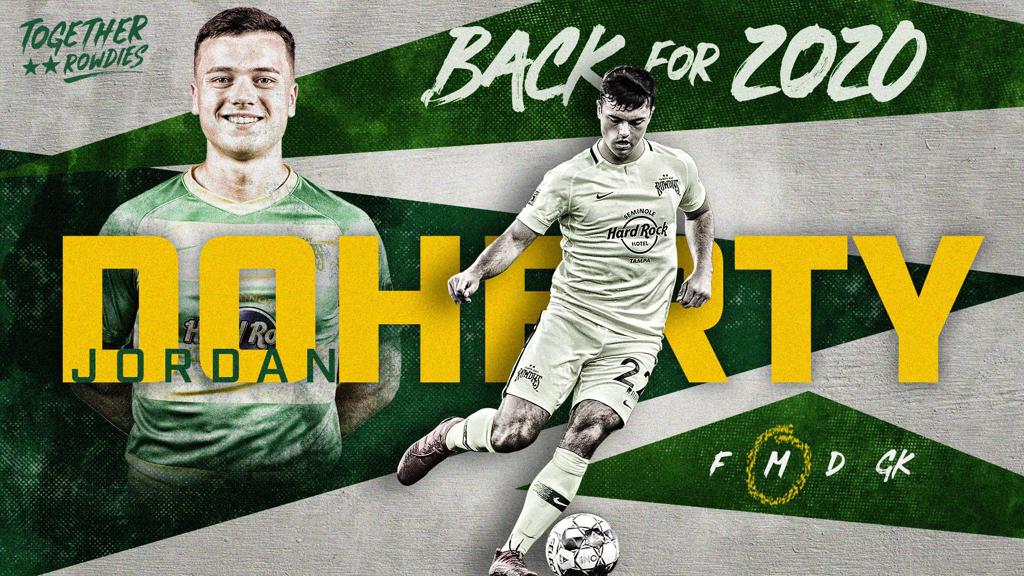 Doherty, 19, played for the Rowdies on loan from Sheffield United last season, but has now made the move to Tampa Bay full-time. He appeared in 20 matches in all competitions as a defensive midfielder last season, playing more than 1,200 minutes. Last season, he became the youngest player to start a match in modern Rowdies history at age 18. He is also capable of playing centerback.

“We’re really excited to welcome Jordan back to the Rowdies on a permanent basis,” Rowdies Head Coach and Technical Director Neill Collins said. “I’d like to extend my thanks to the folks at Sheffield for their help in getting this deal done. Jordan is a player that really showed his qualities last season despite being the youngest player in the team. We really look forward to watching his development.”

Born in Ireland, Doherty represents his country at the U19 level with five caps and one goal. He has captained Sheffield United at both the U19 and U23 levels.

“I’m really excited to join the Rowdies again,” Doherty said. “It’s something I’ve worked really hard for my whole life. I really enjoyed my time at the Rowdies last season and I feel like being there really improved me as a player. I’m looking forward to working under Neill again. I really feel that in this current stage of my career that this is the best move for me and I’m looking forward to getting out on the pitch and giving 100 percent. I’m confident of a really successful season for the club and I’m sure everyone else involved here is looking to improve again on a great season last year. It is going to be a great year.”

With Doherty now on the roster for 2020, Tampa Bay’s squad stands at 19 players. The full squad is below.