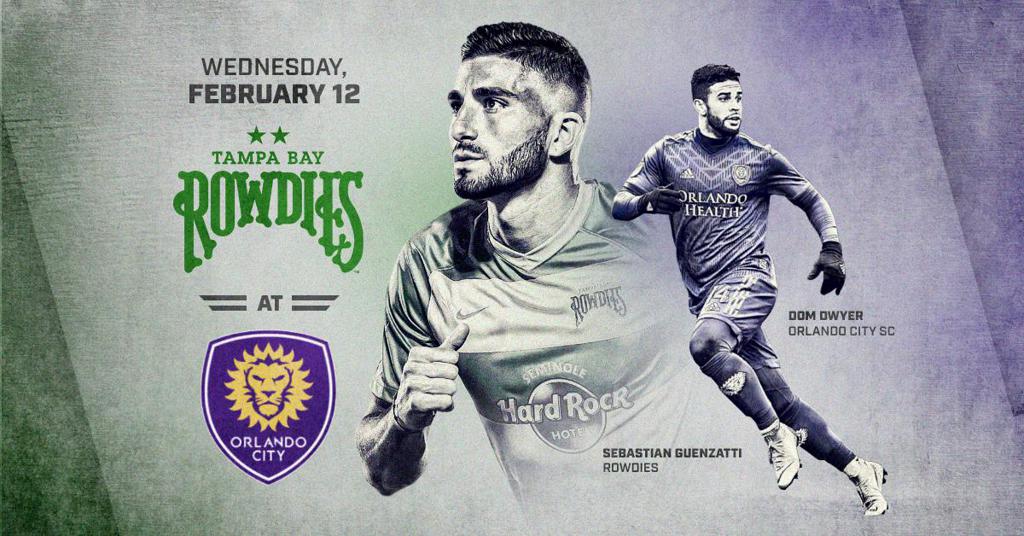 ST. PETERSBURG, Fla. (January 20, 2020) -- The Tampa Bay Rowdies have added one additional match to their preseason schedule, a visit to Orlando City SC on Wednesday, February 12 for a closed-door scrimmage.

The match will not be open to fans.

Tampa Bay’s preseason schedule now stands at seven games. The Rowdies will play their first match February 1, a closed-door scrimmage against the Chivas Florida Academy U23s. Orlando City is the first of three MLS teams the Rowdies will face in 11 days, with home matches against the Montreal Impact and Inter Miami scheduled for February 15 and 22, respectively.

The Rowdies close their preseason in Tampa against the University of South Florida on Friday, February 28 ahead of their regular season opener on the road against New York Red Bulls II on March 7.