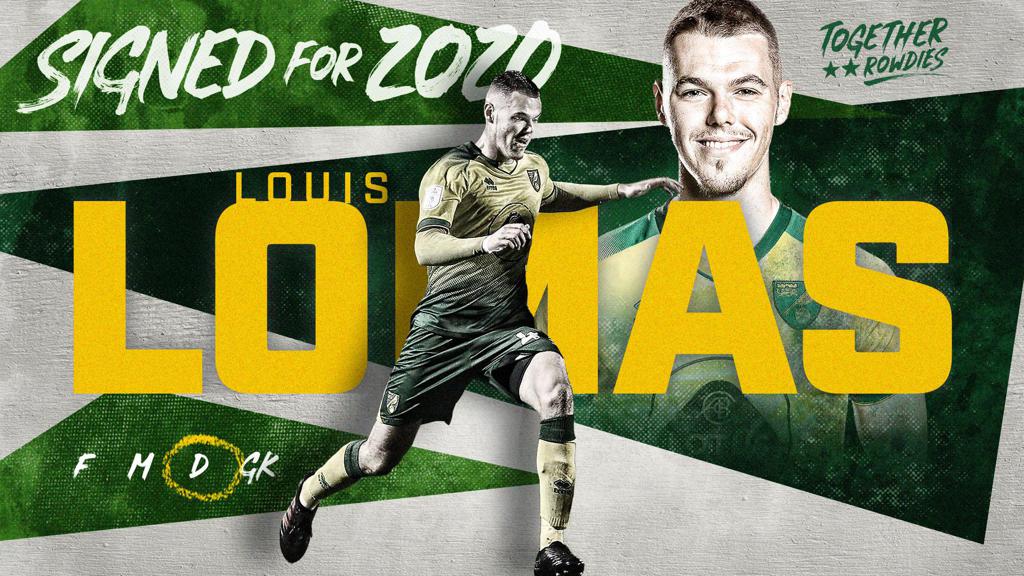 Lomas, 19, recently signed a contract extension with Norwich City and will spend the full 2020 campaign stateside with the Rowdies. He is a natural centerback but comfortable in multiple positions.

He is the second player to join the Rowdies on loan from Norwich as part of the two clubs’ partnership, following Caleb Richards in 2019. Richards played a huge role for the Rowdies last year, playing all but four minutes of the season as one of the most important members of the squad.

“I’m delighted to continue our partnership with Norwich City,” Rowdies Head Coach and Technical Director Neill Collins said. “Expectations were certainly raised last year with Caleb, but we believe Louis will come in and add to our squad. He’s young and hungry that wants the opportunity to get first team experience. He’s very versatile in that he can play multiple positions across the back. Most importantly, he’s a very good guy that’s excited to come here.”

Lomas joined the Norwich youth setup in 2017 and has worked his way up from the U18s to a regular spot with the U23s in the Premier League 2 this year.

With the addition of Lomas, Tampa Bay’s squad now stands at 17 players. The Rowdies will open preseason camp Monday and play their first preseason exhibition February 1. The full squad is below.