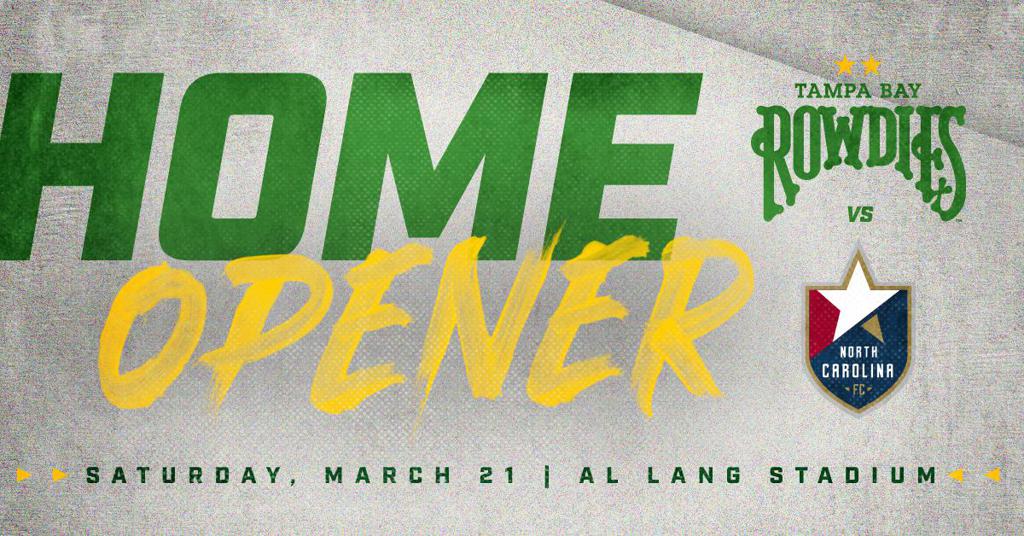 Tampa Bay will play a 34-game schedule with 17 home matches, the same as last season. The full schedule will be unveiled Thursday afternoon, but the Rowdies now know their first three opponents.

The Rowdies will kick the season off with a two-game road swing against New York Red Bulls II on Saturday, March 7. Tampa Bay will then serve as the opponent for Miami FC’s first home match as a member of the USL Championship on Friday, March 13. The Rowdies last played against Miami on October 14, 2016.

It’s a challenging start to the season, with both New York and North Carolina coming off appearances in the 2019 USL Championship playoffs. Miami FC enters the league with high expectations.

The home opener presents a chance for the Rowdies to get a little revenge against North Carolina FC, which snapped the Rowdies 13-game unbeaten start to the season last year. The Rowdies are 5-0-5 (W-L-T) in home openers in the Modern Era with three straight wins.

At this time, the only way to secure tickets to the Rowdies 2020 home opener is to purchase season tickets by calling (727) 222-2000. Single-game tickets will be available at a later date.