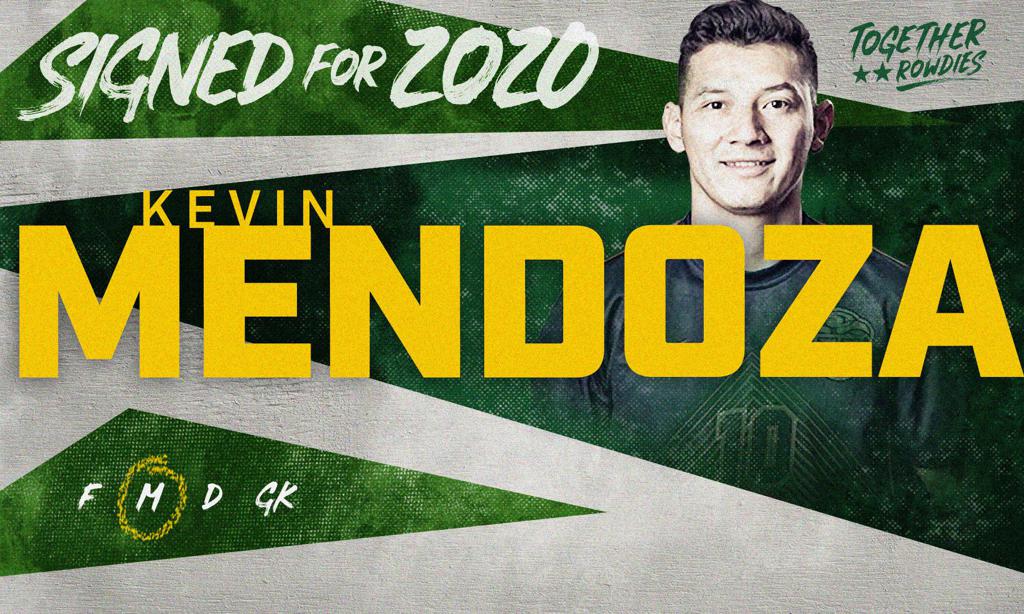 ST. PETERSBURG, Fla. (December 19, 2019) — The Tampa Bay Rowdies have welcomed back one of their own with the addition of Kevin Mendoza to their 2020 USL Championship roster on a one-year contract with a club option for 2021, pending league approval. Per club policy, further contract details were not disclosed.

Mendoza, 25, played for the Rowdies U23 team in USL League Two in the summer of 2017 while playing collegiate soccer at Liberty University. Mendoza scored eight goals and provided eight assists in 11 matches for the U23s that summer.

“Kevin has already worn the green and gold while playing for the Rowdies U23s and I am delighted to bring him back to now play for the first team,” Rowdies Head Coach Neill Collins said. “Kevin will get fans out of their seats I am sure with some of his great attacking play, but, just like the rest of our squad, this is underpinned by a great work ethic and a desire to improve. I think Kevin will have a great impact playing in our system and I can’t wait to watch him play at Al Lang.”

Born in Mexico City, Mendoza played youth soccer for Cruz Azul before moving to the United States. While at Liberty, Mendoza scored 30 goals and added 15 assists in 62 games across four seasons.

He was drafted by Los Angeles FC in the fourth round of the 2019 MLS SuperDraft and scored for LAFC in an international friendly against Vissel Kobe in January but ultimately left Los Angeles without a contract.

Mendoza then joined Veracruz in LigaMX for 2019.

“I’m very happy to return to a place where once I felt at home,” Mendoza said. “I’m excited to be part of such a historic club and help the team to place the Tampa Bay Rowdies to the top of the league. COYR!”

With the additions of Kevin Mendoza and Jordan Scarlett today, Tampa Bay’s 2020 roster now stands at 15 players. The full roster is below: