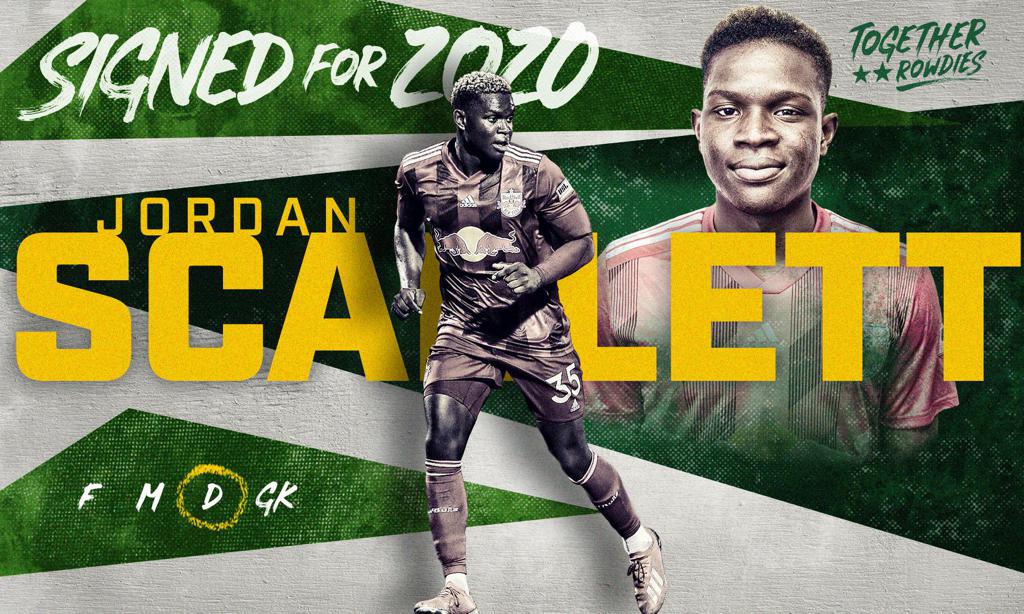 ST. PETERSBURG, Fla. (December 19, 2019) — The Tampa Bay Rowdies have signed defender Jordan Scarlett to a one-year contract with a club option for 2021, the club announced Thursday. Per club policy, further contract details were not disclosed.

Scarlett is the third defender on Tampa Bay’s roster for 2020, joining Forrest Lasso and Aaron Guillen, who were both announced earlier this week. Scarlett played the previous three seasons in the USL Championship with New York Red Bulls II, making 68 appearances and playing more than 5,000 minutes.

He was the unquestioned leader of the Red Bulls II defense in 2019, leading the team in clearances (92), blocked shots (23), and interceptions (66.)

“Jordan is a really talented defender that reads the game very well,” Rowdies Head Coach Neill Collins said. “He’s got some size to him and we think he’ll be a good pillar to build our backline around.”

Scarlett, 24, was born in Jamaica but raised in The Bronx. He attended Iona College and played in USL League Two with Reading United AC and Lehigh Valley United before turning pro with the Red Bulls prior to the 2017 season.

He was drafted by the Red Bulls in the third round of the 2017 MLS SuperDraft but ultimately signed a USL Championship contract with the club.

“The opportunity and the journey ahead with this team is something I’m looking forward to,” Scarlett said. “Tampa Bay Rowdies have always been one of the toughest teams to compete against. I’m hoping to add to that culture with my teammates and smash our goals in the new season.”