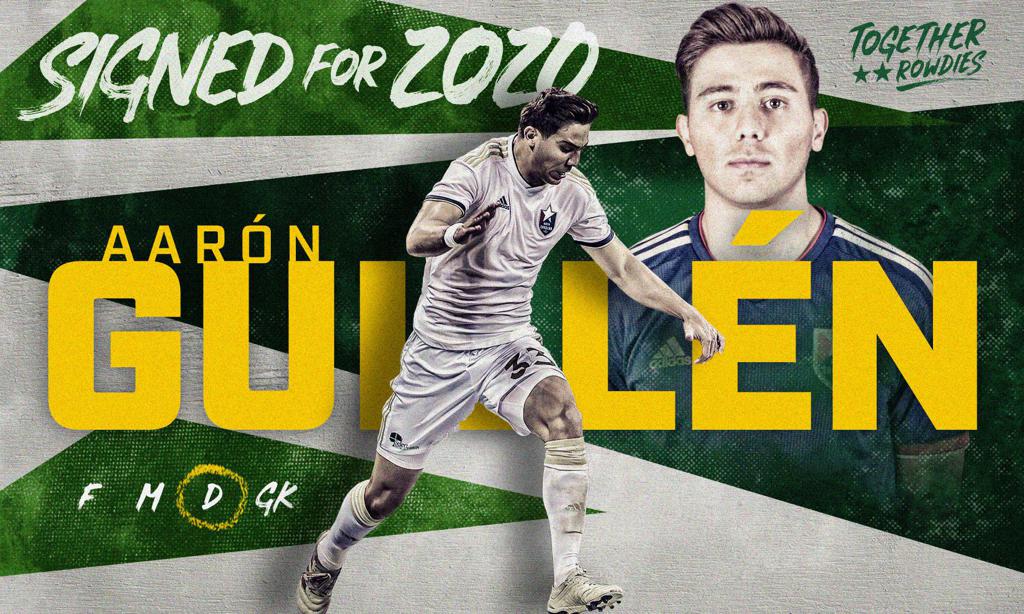 ST. PETERSBURG, Fla. (December 18, 2019) — The Tampa Bay Rowdies have signed another defender with USL Championship experience, welcoming Aaron Guillen to the roster on a two-year contract ahead of the 2020 season, pending league approval. Per club policy, further contract details were not disclosed.

Guillen, 26, joins Forrest Lasso as the first two defenders on a backline that will look drastically different in 2020. He spent the last two seasons with North Carolina FC, making 58 appearances and playing more than 5,000 minutes.

“Aaron had a fantastic season last year at NCFC and was someone we worked tirelessly to bring to club as it is hard to find defenders with his type of qualities in the USL Championship,” Rowdies Head Coach Neill Collins said. “Aaron is excellent on the ball but just as importantly is a very good defender. It is important we continue to build our exciting brand of football and adding Aaron is an important part of doing that.”

Guillen played the third-most minutes for North Carolina FC last season and led the team in interceptions with 37. He was second in clearances with 91.

Born in Mexico, Guillen has Florida ties after a stellar four-year college career at Florida Gulf Coast University in Fort Myers from 2012-2015. He then signed a homegrown deal in MLS with FC Dallas.

“I’m excited to get started with the Rowdies and be part of this incredible organization,” Guillen said. “Having played at Al Lang Stadium a couple of times, I have a lot of respect for this club and its fans as a whole. I’m eager to reach new goals and milestones with my teammates. The Rowdies have a rich history of success and I’m thrilled to be part of it. Since I went to school at Florida Gulf Coast University, I am anxious to get back to the Sunshine State and get to work.”

With the additions of Kyle Murphy and Aaron Guillen this morning, Tampa Bay’s roster now stands at 13 players for 2020, with more set to be announced in the coming days. The current squad is below: