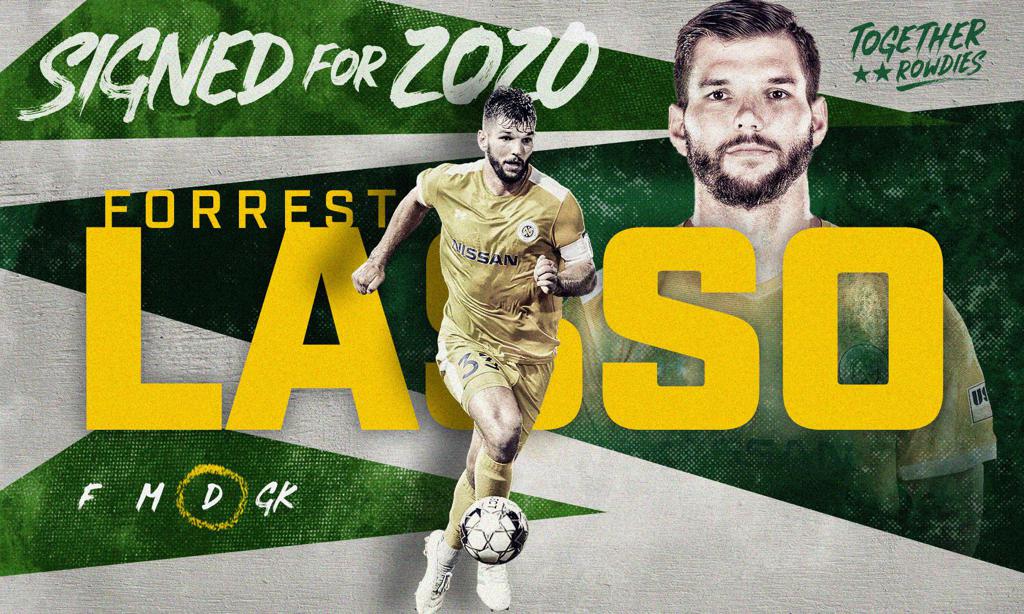 ST. PETERSBURG, Fla. (December 17, 2019) — The Tampa Bay Rowdies have signed one of the USL Championship’s best defenders as the first defender on their 2020 roster, welcoming Forrest Lasso to Tampa Bay on a two-year contract, pending league approval. Per club policy, further contract details were not disclosed.

Lasso is a three-time USL All-League First Team selection, having earned the recognition each of the last three seasons. He was the 2018 USL Championship Defender of the Year with FC Cincinnati.

“The qualities Forrest brings to our team are pretty obvious to anyone that has seen him play with his fantastic aerial ability and the huge presence he brings to the heart of our defense,” Rowdies Head Coach Neill Collins said. “On top of that he has a real hunger and desire to succeed that I think will help improve us as a team. I think the best way to sum up signing Forrest is I am glad we do not have to play against him next season.”

At 26 years old, Lasso brings more than 100 matches of USL Championship experience and plenty of leadership to Tampa Bay’s roster. He played three seasons with Charleston from 2015-2017 before moving to Cincinnati for that club’s final season in the USL Championship. He transitioned to MLS with FC Cincinnati in 2019, but was loaned to Nashville SC in late July.

Despite joining Nashville late in the season, Lasso made a big enough impact to be awarded the captain’s armband and earn his spot in the All-League First Team.

“To say I’m excited would not come close to doing it justice," Lasso said. "I’ve been able to witness first hand the quality of football the Rowdies have produced throughout the years and to be given the opportunity to be a part of that legacy... well let’s just say it’s time to go to work! History isn’t going to write itself!”

Lasso is the first defender announced for Tampa Bay’s 2020 roster, but more signings will be announced in the coming days.