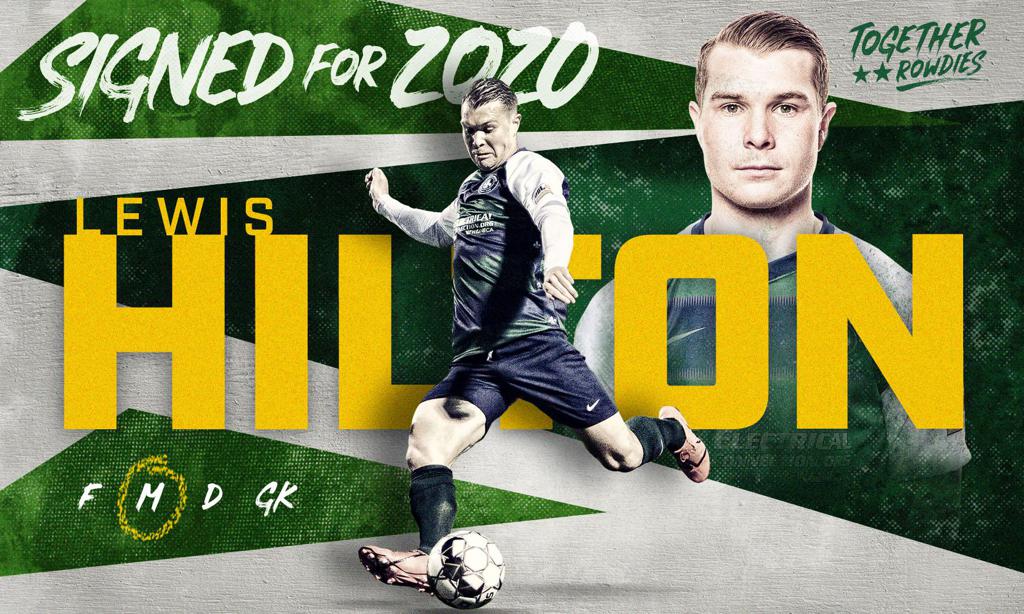 “I’m delighted to be joining this fantastic club for the next two years,” Hilton said. “I have been really impressed with the Rowdies organization as an opposing player and it was something I wanted to be part of. They have some top players and play an exciting style. I’m an extremely ambitious player and after conversations with Coach Neill, I felt like the Rowdies will provide a great environment for success. I cannot wait to get to work with my new teammates in 2020.”

Hilton, 26, played the last two seasons with Saint Louis FC and two before that with the Charlotte Independence. He brings 126 matches and nearly 9,000 minutes worth of USL Championship experience to the Rowdies midfield.

Hilton joins a central midfield corps that also includes Yann Ekra, Dom Oduro and Zach Steinberger. Hilton and Ekra were teammates with the Independence in 2016 and 2017.

“Lewis is a player that we have pursued for a long time and I am delighted to finally secure,” Rowdies Head Coach Neill Collins said. “While Lewis has many technical attributes that will improve our team, namely his range of passing and dead ball expertise, it is his will to win and professionalism that make him such an important signing for next year.”

Hilton began his career in his native England in the academies of Plymouth Argyle and Exeter City before moving to the United States to play at Young Harris College and for USL League Two side Ocala Stampede before turning professional with Charlotte.