Back In 2020: Macklin Robinson 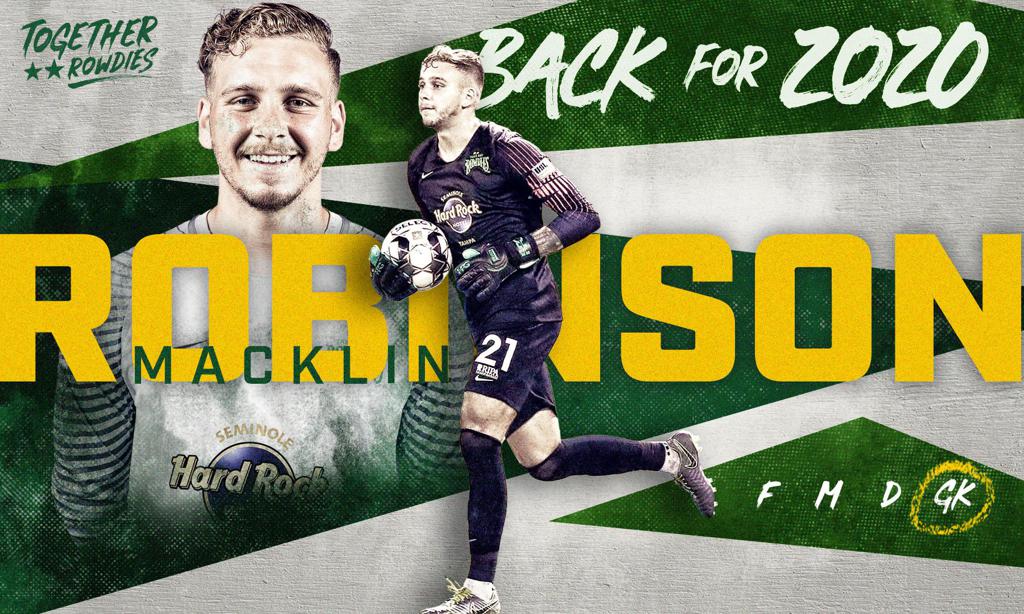 Macklin Robinson will be back with the Tampa Bay Rowdies in 2020 after making the most of his limited opportunities in 2019 with some memorable performances.

Robinson started the year as third-choice goalkeeper but won the back-up job quickly and proved his value by stepping in during John McCarthy's absences.

"Mack stepped up when the team needed him and performed really well," Rowdies Head Coach Neill Collins said. "He has huge potential and is good to have in our 2020 squad."

He played just five matches, but tallied an impressive 22 saves and one clean sheet.

His best performances came in a July visit to the Swope Park Rangers and an August home match against Birmingham Legion FC. In Kansas, Robinson saved all five shots he faced, including a few acrobatic efforts in a 3-1 Rowdies win.

Against Birmingham, Robinson was called into action on a handful of Legion FC breakaways, making six saves in a tight match.

"I’m extremely excited to be with Rowdies for the 2020 season," Robinson said. "I love the style of play and attitude Neill has developed within the club. I believe this will allow us to learn from our shortcomings last season and bring home some hardware this season.”

The Rowdies have confirmed the return of nine players from the 2019 roster. That group is below.