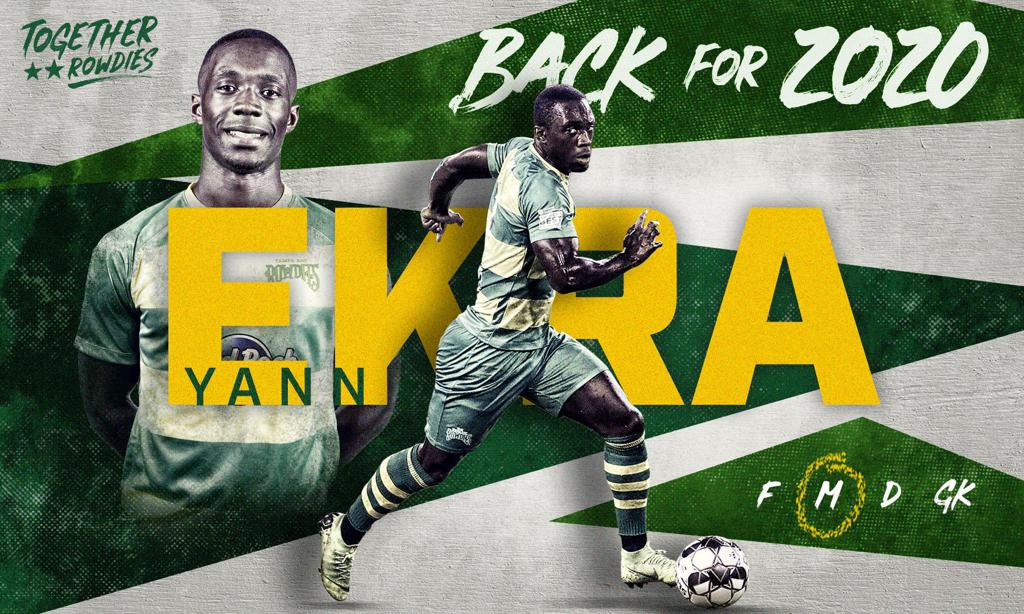 Yann Ekra will be back for a second season with the Tampa Bay Rowdies in 2020 with something to prove after being limited by injuries in 2019.

Ekra was able to feature in only half of Tampa Bay's matches last season, starting just 11 matches and playing 1,086 minutes. Ekra provided two assists from central midfield and proved to be one of the best dribblers and ball carriers in the squad.

"Yann is someone that had a huge impact on our squad last season," Rowdies Head Coach Neill Collins said. "It was disappointing that he didn't get to play more often. I think we really missed him over the course of the final third of the season and I hope to have him fit and available next year."

Ekra can fit in anywhere in the center of midfield and was frequently used as Tampa Bay's box-to-box midfielder last year. His strength and passing ability made him useful wherever he was deployed and he also brought significant leadership to the locker room with plenty of experience in the USL Championship.

He completed more than 80 percent of his passes this season, ranking seventh on the team in accuracy. He was above 55 percent in tackles, duels and aerial duels.

"I'm proud to be back in the Rowdies family and I can't wait to get this new season started," Ekra said.