Back In 2020: Zach Steinberger 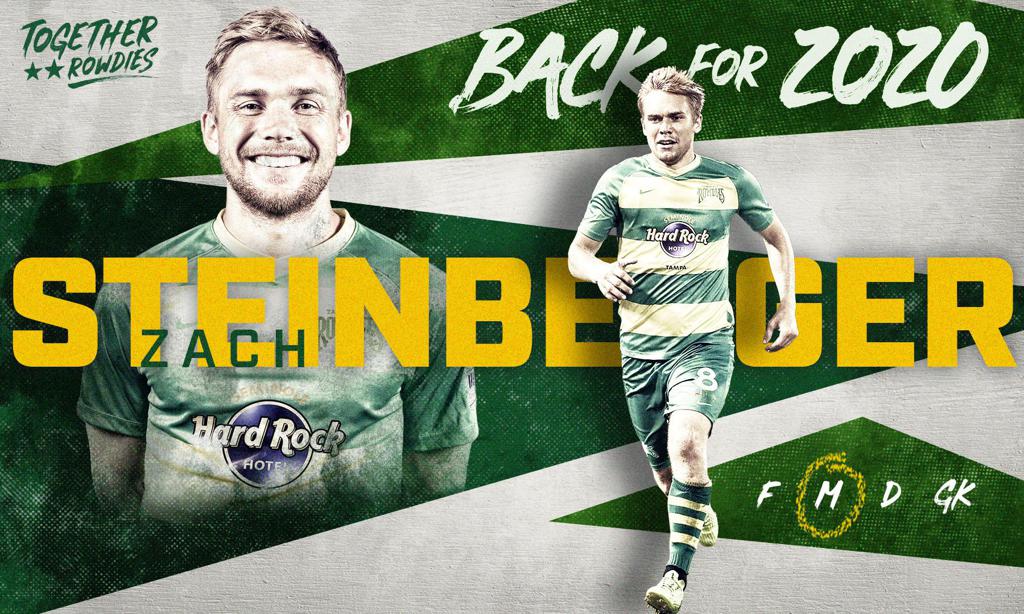 Zach Steinberger will be back with the Tampa Bay Rowdies in 2020 after a strong season in the center of midfield.

Steinberger joined the Rowdies last winter after splitting the 2018 season between the Indy Eleven and North Carolina FC and quickly showed his strengths.

"Zach was really influential for us on and off the field last season," Rowdies Head Coach Neill Collins said. "He's a big part of the Rowdies and what type of club we want to be. He's hard-working and energetic and we're delighted to have him back."

Steinberger tallied four goals and six assists in 24 appearances this year between the USL Championship and the Lamar Hunt U.S. Open Cup. While the Rowdies were eliminated in the Third Round of the Open Cup, Steinberger excelled in the competition.

"I’m very anxious to get back out there with the group and build upon what we were able to achieve last year," Steinberger said. "We are going to have a very talented and experienced core group of players returning that are fully bought in to the winning culture of the club. On a personal level, I’m looking forward to getting that feeling back when we walk out in to the best stadium in the league in front of the best fans in the league on Saturday nights. There’s nothing like it. See you next year Rowdies nation!”