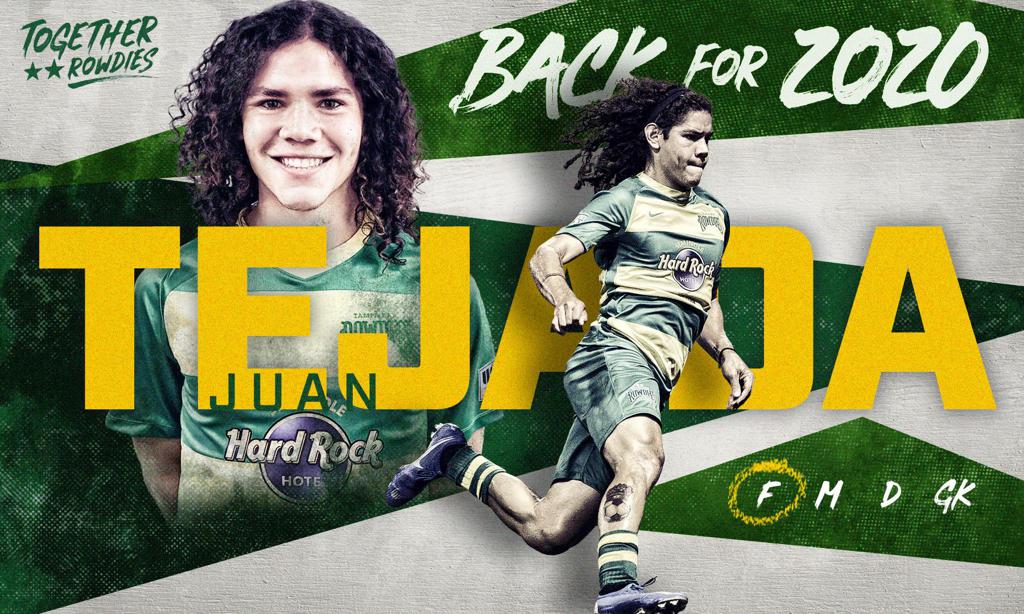 Juan Tejada will be back with the Tampa Bay Rowdies in 2020 after an exciting first season in professional soccer.

Tejada signed his first professional contract in preseason and an impressive trial period with the Rowdies and went on to earn a surprise start on opening day of the 2019 USL Championship season in Memphis.

"Juan has endeared himself as a fan favorite, but equally, he's endeared himself to the coaching staff and his teammates," Rowdies Head Coach Neill Collins said. "I'm delighted to have him back and we believe there's much more to come from him."

He drew a penalty in the opening minutes of the match and proved a key member of the team through the summer, scoring 10 goals in his first season with the Rowdies.

Tejada's performances with the Rowdies even earned him inclusion with Panama's U23 team in Olympic qualifying. He scored a goal in his first game with the Panama U23s, though they ultimately fell short of reaching the tournament.

A clear fan favorite, Tejada appeared in 32 of 35 USL Championship matches, including 21 starts. While he didn't register an assist this season, he did make 17 key passes to create a goal-scoring opportunity for a teammate.

His best performance of the year came on May 18, when he scored both goals in a statement 2-0 win over New York Red Bulls II to move Tampa Bay into first place.

"I think we have a strong group of players coming back that are going to be important to our success next season," Tejada said. "2020 is going to be special for the Rowdies. I'm happy to be back with the club."