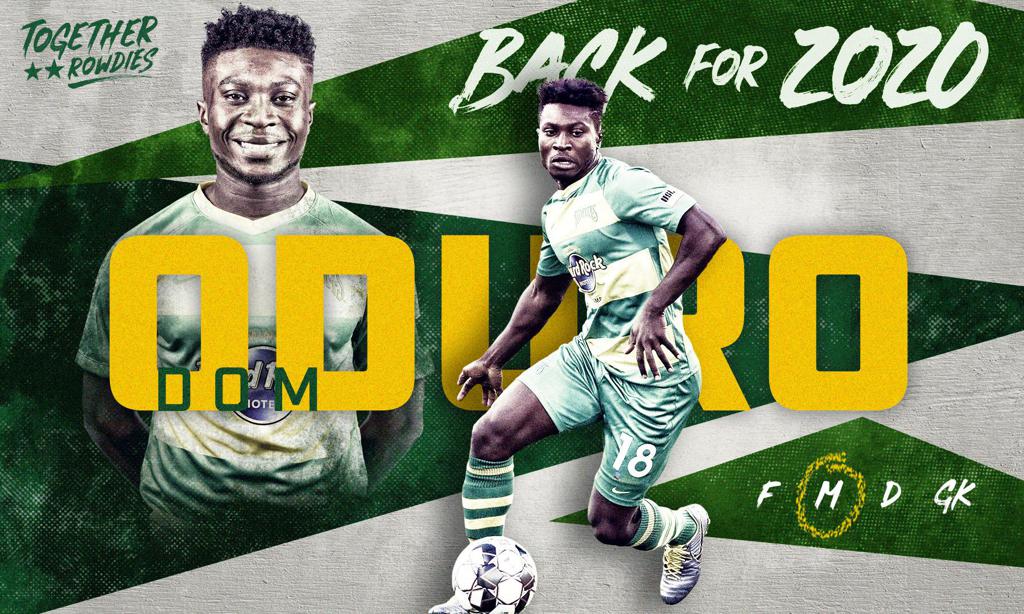 Dom Oduro will be back with the Tampa Bay Rowdies in 2020 after another season of reliability in the heart of the Rowdies midfield.

Oduro appeared in 28 of 34 matches for Tampa Bay this season, ranking seventh on the team in minutes played at 2,351. In his two seasons with the Rowdies, he has been among the first names on the team sheet in the defensive midfielder role.

Over the course of this year, Oduro won more than 60 percent of his duels and 55 percent of his tackles. In the attacking end, he made 10 key passes to set up a scoring chance.

Oduro has shown a penchant for shooting from distance, though his accuracy on those shots could use some improvement in 2020.