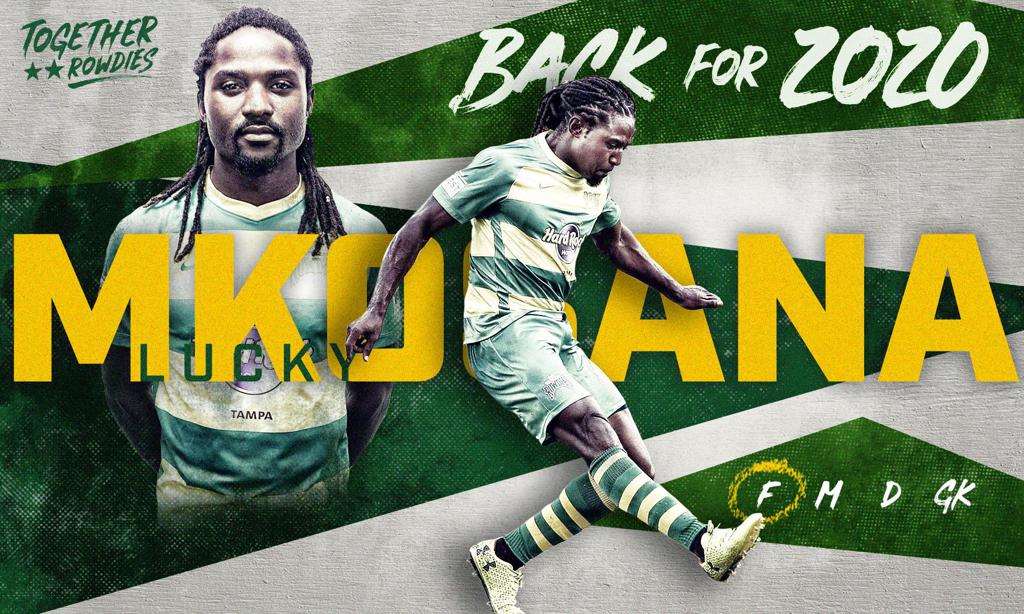 Lucky Mkosana will be back with the Tampa Bay Rowdies in 2020 after arriving with a splash in the middle of the 2019 USL Championship season for a second stint in St. Petersburg.

Mkosana was acquired from Louisville City FC in June of this year and provided a game-winning assist in stoppage time of a dramatic 2-1 win over Ottawa Fury FC just one day after joining the Rowdies.

Mkosana scored six goals for Tampa Bay this season, in addition to the four he scored for Louisville City FC, making him the third double-digit scorer on the Rowdies roster this season, along with Sebastian Guenzatti and Juan Tejada. All three will be back in 2020.

After joining the Rowdies in the summer, Mkosana displayed a penchant for scoring or assisting goals late in games to change the result in favor of the Tampa Bay.

Beside that game-winning assist in his debut, Mkosana scored an 84th minute goal to earn a draw on the road in Pittsburgh and then scored a game-tying goal in the 89th minute as the Rowdies earned a 2-2 draw on the road against Louisville City FC.

In addition to the late goals, Mkosan also had a game where he scored twice in the first four minutes of a 5-0 road demolition of the Charleston Battery. His first goal came just 32 seconds into the match.