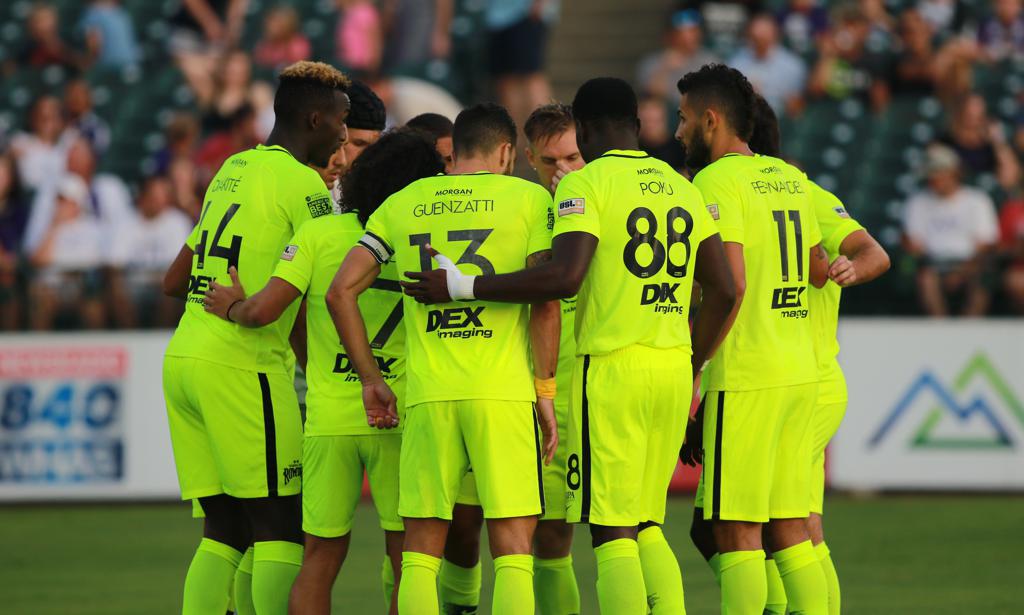 ST. PETERSBURG, Fla. (October 22, 2019) — The challenge for the Tampa Bay Rowdies is clear. If they hoped to ease into the postseason with a relatively friendly matchup, they’re out of luck. To extend their season, they must go to Louisville and knock off the defending two-time champions in their house.

In recent years, Slugger Field has become the stuff of USL lore. Louisville fans thought they were saying goodbye to Slugger Field on October 12 when Louisville beat Swope Park Rangers 8-3. At that time, it looked like Louisville would enter the USL Championship Playoffs seeded no higher than fifth, which would mean opening on the road and only hosting in the later rounds if some early upsets went their way.

Instead, Louisville earned the fourth seed on the final weekend of the regular season and Slugger Field’s life as a soccer stadium was extended.

With good crowds and its non-uniform playing surface where roughly three quarters of the field is natural grass but one quarter is artificial turf, Slugger Field been a house of horrors for visitors. Louisville has won eight consecutive playoff matches and has never lost a postseason game at Slugger Field.

“It’s the type of game that you want to play in in your career,” Rowdies defender Tarek Morad said. “There’s a lot on the line. It’s going to be a tough atmosphere to play in but it’s something we’re going to enjoy. We look forward to playing there Saturday night and putting our best foot forward.”

In 2018, the No. 5 seed went on the road and beat the No. 4 seed in the quarterfinals in both the Eastern and Western Conferences. In 2017, both No. 4 seeds won their opener, though one needed extra time and one needed penalty kicks.

The Rowdies can win Saturday night’s match. In the regular season, Tampa Bay scored more goals and allowed fewer than its opponent Saturday night did. When these teams last met, the Rowdies trailed 2-0 and were playing with 10 men with three minutes left in the match. But the Rowdies didn’t give in.

They rallied to score twice in the final moments of the match and earn a point against the odds. With that experience fresh in their memory, they’ll have the confidence to keep fighting no matter how Saturday night’s match develops.

“That was a good challenge for us to have at that point in the season and that’ll leave us in good stead for this visit,” Rowdies Head Coach Neill Collins said. “We’ve got players now going in there and knowing what to expect. … Games like this are what you want to be involved in football for. Going to Louisville, there’s going to be a great crowd and a great environment to play in so we’re all excited and looking forward to it.”

Saturday’s match kicks off at 7 p.m. and will be streamed on ESPN+. The Rowdies are hosting a watch party at Al Lang Stadium with gates opening at 6:30 p.m. Fans are invited to bring in food and blankets to enjoy the match from the pitch.