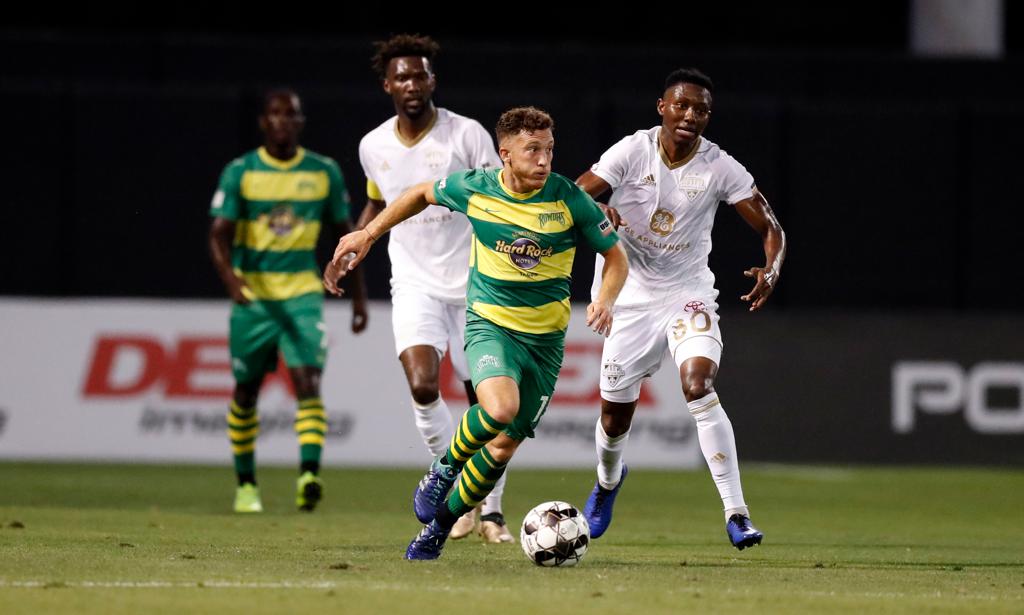 ST. PETERSBURG, Fla. (October 22, 2019) — The Tampa Bay Rowdies kick off what they hope will be a lengthy postseason campaign Saturday night in Louisville in a showdown of Eastern Conference heavyweights.

Louisville City FC, the two-time defending USL Championship winners, won’t be an easy out. Louisville’s postseason pedigree is unmatched at this level, with 12 players that have been around since 2017 or earlier, all of whom lifted the USL Championship trophy in purple twice.

In comparison, the Rowdies have just two former champion on their roster in Tarek Morad, who won the league with Louisville in 2017, and David Najem, who won it in 2016 with New York Red Bulls II.

It must be said, though, that for the majority of this season, Louisville City did not look like the Louisville City of the last two seasons. For most of the year, Louisville hovered around seventh place before a 10-game unbeaten run between August 3 and October 8 gave them the footing to eventually climb to fourth place on the final weekend of the regular season.

With the Rowdies and Louisville City squaring off this season, let’s do a little advance scouting ahead of the Eastern Conference Quarterfinals.

Louisville Head Coach John Hackworth is likely to deploy a four-back formation against the Rowdies this weekend. He tested a three-back set a few times this season, but opted for four defenders in 29 of 34 matches this season.

Louisville typically likes to play a 4-1-4-1 defensively with either Devon Williams or Paolo Del Piccolo sitting deep just behind a flat line of four midfielders and then a lone striker, usually either Abdou Thiam or Luke Spencer.

In the attack, the wide midfielder get forward and present more of a 4-3-3 look with Brian Ownby, George Davis IV, Niall McCabe and Antoine Hoppenot some of the candidates in those positions.

Here's how Louisville lined up in its two previous matches against the Rowdies this season. On the left is the 1-1 draw at Al Lang Stadium on April 13 and on the right is the 2-2 draw at Slugger Field on September 28. 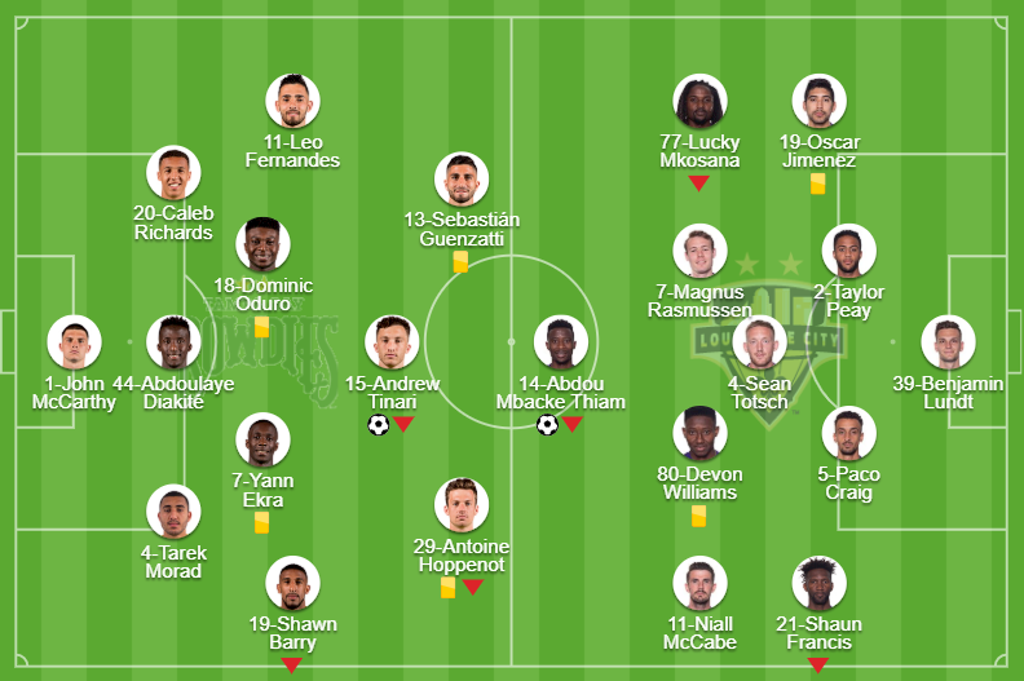 Louisville played its customary 4-1-4-1 when it visited Al Lang in April. Both Lucky Mkosana and Antoine Hoppenot started this match, playing against their current club. 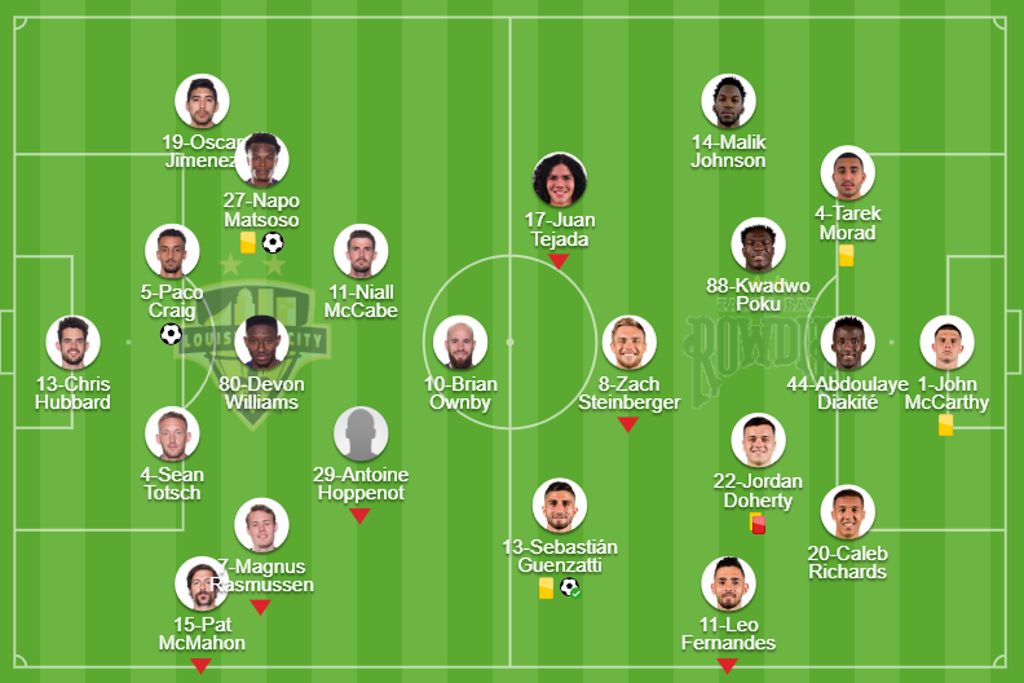 With Louisville expected to pick a 4-1-4-1/4-3-3 this weekend and the Rowdies likely to stick with the 3-5-2 they've used all season, it will present another interesting tactical battle between the sides. Here's how the teams have stacked up in some of the key statistics this season.

While the two matches this year have both been draws, it's fair to say Louisville had the better of the play in the first meeting and the Rowdies looked more dangerous for most of the second meeting before falling behind 2-0 and rallying for a 2-2 draw late. Highlights of both of those matches are below.