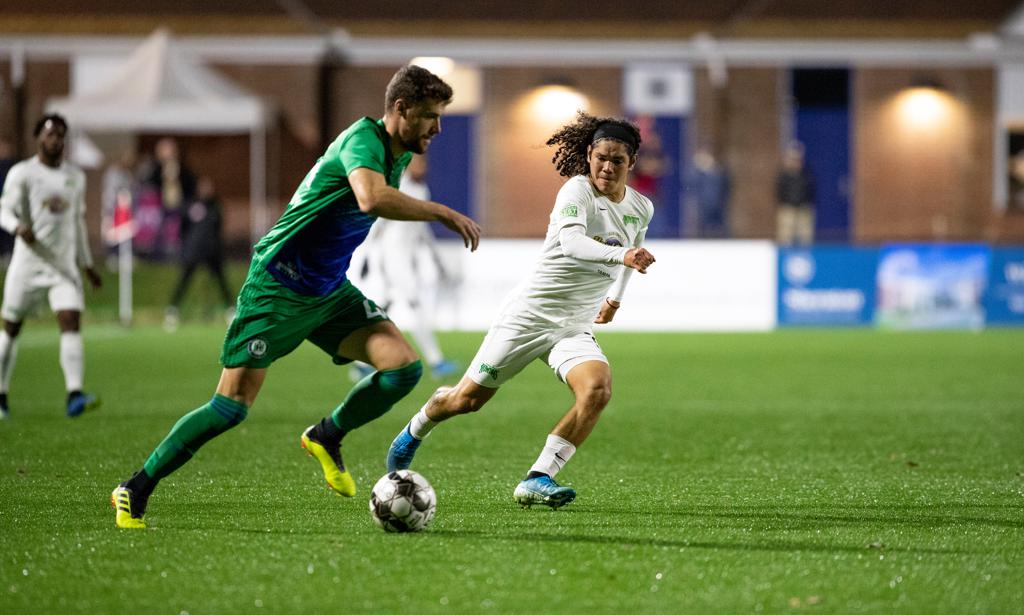 ST. PETERSBURG, Fla. (October 19, 2019) -- The Tampa Bay Rowdies ended the 2019 USL Championship regular season in defeat, falling 2-1 on the road to the Hartford Athletic and now face the prospect of opening the USL Championship Playoffs away from home.

The Rowdies (16-8-10, 58 points) opened the night in fourth place and in line to host its quarterfinal match with a victory, but Tampa Bay's loss, paired with Louisville City FC's 2-1 win over Memphis 901 FC, saw the Rowdies slip to fifth place.

The Rowdies will visit the two-time defending champion Louisville City next Saturday night. That match is slated for a 7 p.m. kickoff at Slugger Field.

Tampa Bay started its match against Hartford (8-21-5, 29 points) well, but neither side was able to break through in the opening 45 minutes.

Hartford broke the deadlock just two minutes in the second half when Ryan Williams received a cross and fired a shot from the corner of the box that hit the far post and caromed into Tampa Bay's net to put the hosts up 1-0 in the 47th minute.

The match took a turn for the worse in the 68th minute when Rowdies midfielder Malik Johnson was shown his second yellow card in six minutes and dismissed from the match, leaving Tampa Bay shorthanded for the remainder of the night.

With a lot on the line, the Rowdies continued to fight through the adversity.

Second-half substitute Lucky Mkosana gave the Rowdies a lifeline in the 73rd minute, receiving a pass from Sebastian Guenzatti and firing it past Hartford goalkeeper Cody Cropper to tie the match at 1-1.

From there, the Rowdies controlled much of the match despite their man disadvantage. Tampa Bay controlled the possession in the final 15 minutes and had a couple of scoring chances come up short.

With the Rowdies pressing hard for a second goal and a home game next weekend, Hartford delivered the fatal blow in the third minute of added time as Wojciech Wojcik headed in a Raymond Lee cross to doom the Rowdies to a 2-1 defeat.