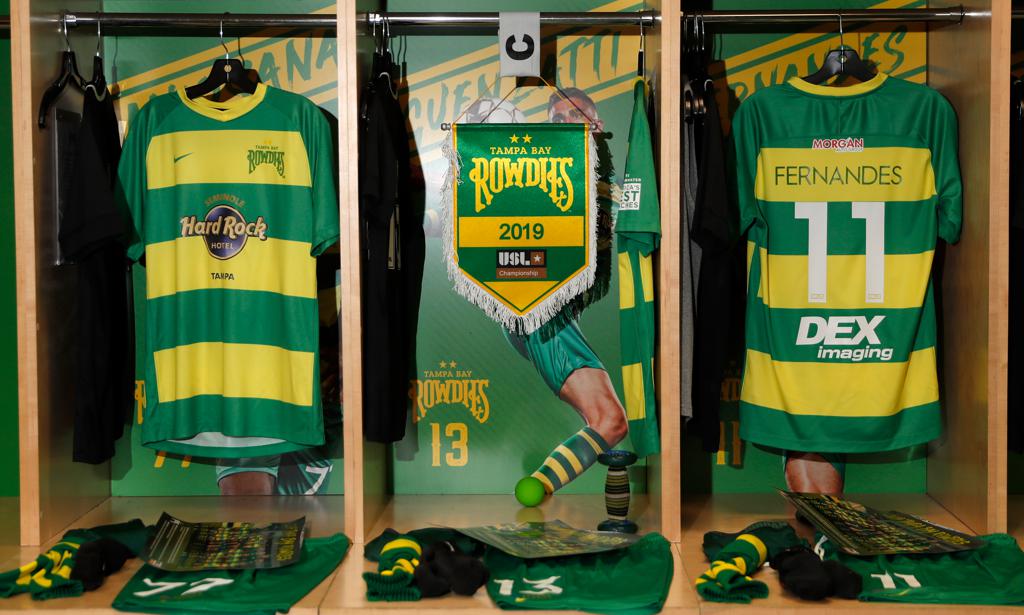 ST. PETERSBURG, Fla. (October 17, 2019) -- The Tampa Bay Rowdies will finally learn their playoff fate Saturday night as they wrap up their regular season in Connecticut.

Here's a look at the matches that will determine Tampa Bay's seeding for the USL Championship Playoffs.

Hartford Athletic vs. Tampa Bay Rowdies
Saturday, 7 p.m. | ESPN+
Hartford will finish the season in 17th place regardless of result but will hope to end its inaugural season season on a positive note.

Tampa Bay controls its fate for the No. 4 seed and a potential home game in the Eastern Conference Quarterfinals next weekend. If the Rowdies win, they will secure the four seed. Should the Rowdies fail to win, they can finish as low as sixth depending on the results of the matches below.

Loudoun United FC vs. New York Red Bulls II
Saturday, 7:30 p.m. | ESPN+
Loudoun will miss the playoffs in its inaugural season but has won three consecutive matches in a late rally. Loudoun will hope to end the season with another big win over a playoff team.

New York lost control of its destiny with a 2-1 road loss in Birmingham on Wednesday night and now travels to face a team in good form on short rest. The Red Bulls will hope the Rowdies slip and leave the door open.

Memphis 901 FC vs. Louisville City FC
Saturday, 8 p.m. | ESPN+
Despite sitting in 15th place, Memphis was only formally eliminated from playoff contention with a loss in Charleston on Wednesday night.

Louisville has won three of its last five and now could leapfrog itself into the fourth seed despite sitting in seventh or eighth for most of the season. Louisville's best chance is to win in Memphis and hope the Rowdies and New York both slip.