Rowdies And Indy Fight To 1-1 Draw 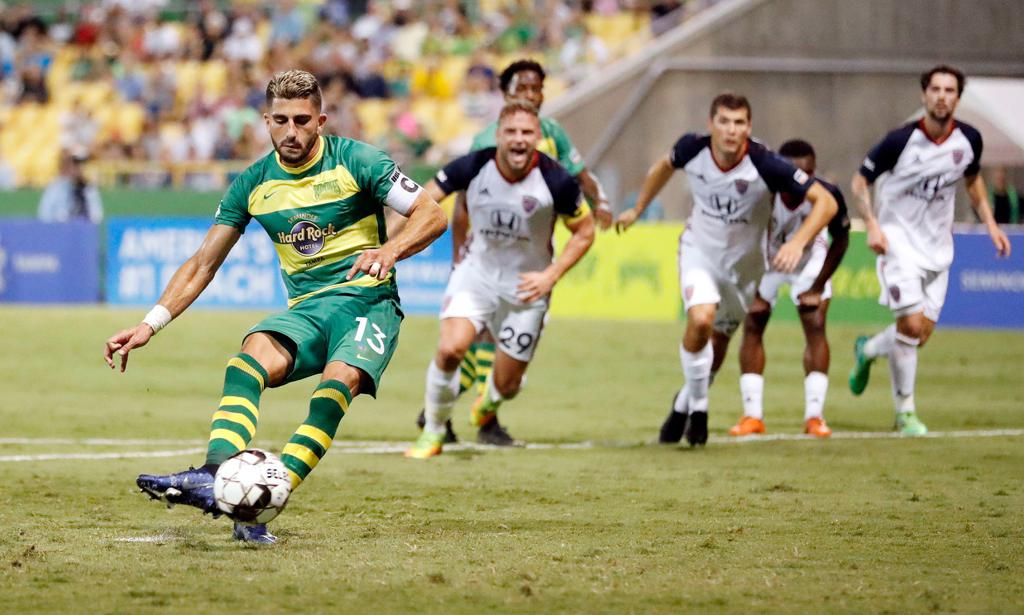 ST. PETERSBURG, Fla. (October 12, 2019) — The Tampa Bay Rowdies were held to a 1-1 draw by the Indy Eleven on Saturday night in their regular season home finale, setting up an interesting final match of the season next weekend in Hartford.

Sebastian Guenzatti scored from the penalty spot with one of the final kicks of the first half, but Dane Kelly equalized for the visitors in the 72nd minute.

“I think it’s there for everyone to see, the performance we put on tonight,” Rowdies Head Coach Neill Collins said. “But we’re getting to the stage of the season where it’s all about results. Tonight we ended up with a tie and at this stage of the season, there’s such a fine balance to be had. Yes, you obviously want to perform well because it gives you much more opportunity to win, but then you’ve just got to get the job done. We fell short."

By all measures, the Rowdies played more than well enough to win.

Indy, fighting to hold its seed and having lost four consecutive matches away from home, came to St. Petersburg to play compactly at the back and hold out for a draw.

The Rowdies outshot their visitors 24-5 and held 61 percent of possession, but were stymied by a strong defensive performance from the Eleven.

The Rowdies pushed hard to extend their lead in the second half, but Indy ultimately scored against the run of play, with Dane Kelly leveling the match in the 72nd minute on an Eleven counterattack.

Tampa Bay will now wait to see New York’s result in Birmingham on Wednesday night before next weekend’s must-win match in Hartford.