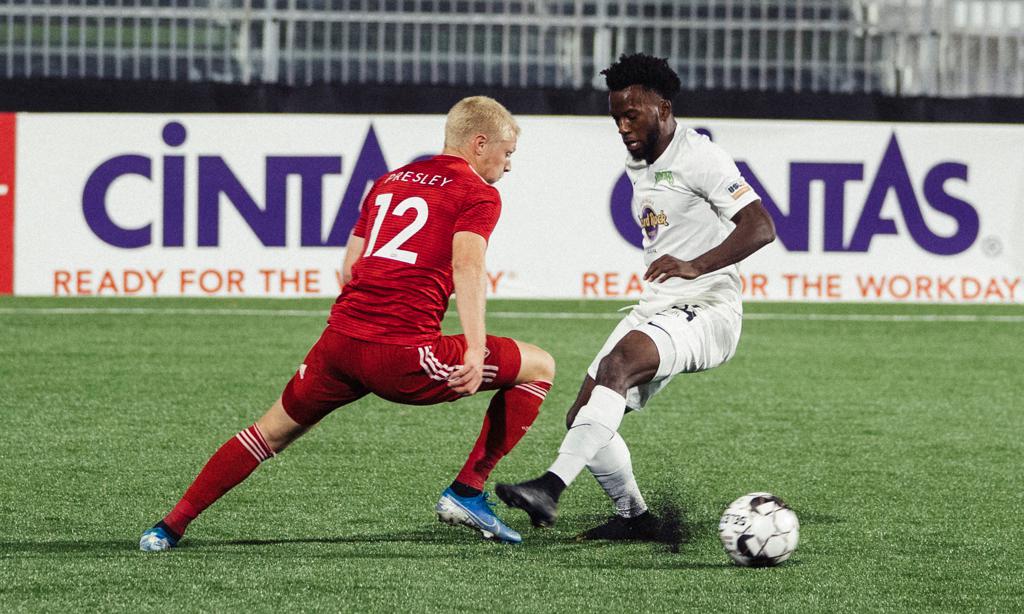 LEESBURG, Va. (October 4, 2019) -- The Tampa Bay Rowdies fell to a difficult 2-0 defeat to Loudoun United FC on Friday night, heightening the stakes for next weekend's huge showdown against the Indy Eleven.

Tampa Bay (16-7-9, 57 points) remains in fourth place for now but missed a big opportunity to put the pressure on its fellow Eastern Conference competitors before Saturday night's matches.

The Rowdies could fall to fifth place if the Indy Eleven gets a result at home against Memphis 901 FC on Saturday night. The difference between fourth and fifth place is hosting a quarterfinal or playing it on the road.

The Rowdies host Indy next week, so even if Indy wins Saturday night to take a two-point lead on Tampa Bay, the Rowdies could wrest the edge back with a head-to-head match at Al Lang Stadium next weekend.

Alioune Ndour scored in the 50th minute and Gordon Wild scored deep in stoppage time to carry Loudoun (8-17-6, 30 points) to a big victory.

It was just not a good showing for the Rowdies, who looked all out of sorts. Tampa Bay managed just two shots on target in the defeat, compared to only four for Loudoun.

Tampa Bay was dealt a big blow early when holding midfielder Dom Oduro exited the match injured after an awkward fall just 25 minutes after kickoff. The Rowdies were left without a like-for-like replacement with Jordan Doherty serving a one-game suspension due to his double booking last weekend in Louisville.

The Rowdies had a pair of penalty shouts for challenges on Malik Johnson, but the frustration mounted as neither decision was given in Tampa Bay's favor.

Tickets for next week's match against Indy are available here.