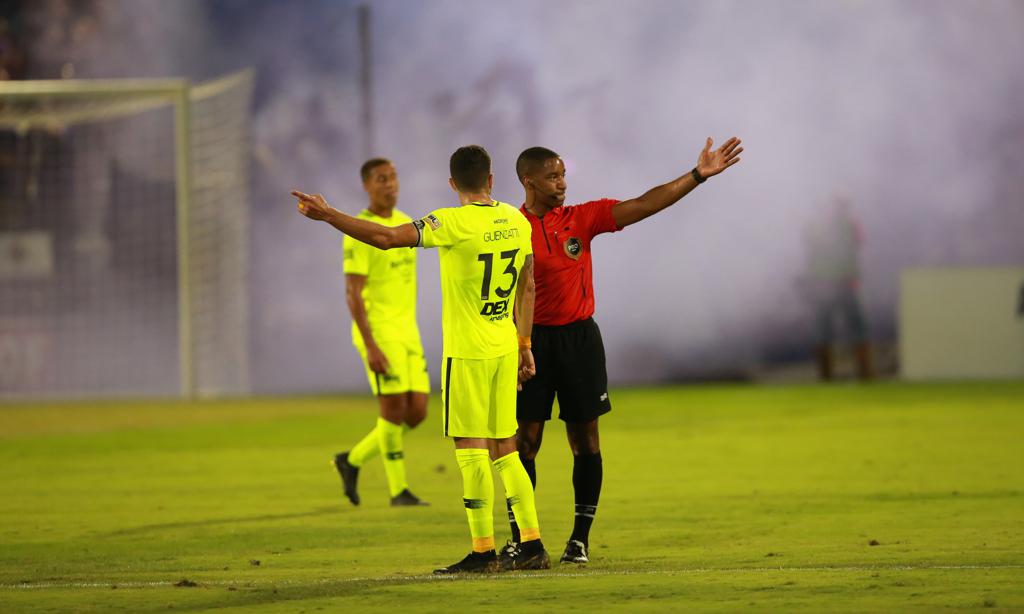 ST. PETERSBURG, Fla. (September 30, 2019) — The Tampa Bay Rowdies earned a 2-2 draw against all odds Saturday night, scoring in the 87th and 89th minutes to erase a very late 2-0 deficit on the road against Louisville City FC.

1. Never give up
Down two goals and down a man with three minutes to go in regulation, the Rowdies had almost no statistical chance of pulling off a result Saturday night. No matter the opposition, if you trail 2-0 with three minutes left, it’s unreasonable to think a draw is in play. For Tampa Bay to pull off a two-goal rally against the two-time defending champions — in their stadium — and while playing shorthanded, is truly spectacular.

While it was an important result on the night, the weight of that comeback will likely grow as the postseason arrives. It’s likely that the Rowdies will face some adversity and fall behind in a match at some point in the playoffs. Going into Saturday night, Tampa Bay hadn’t been great playing from behind this season with a 2-6-4 (W-L-T) record when conceding first. When trailing at halftime, the record was a disheartening 0-3-1.

When the playoffs come, the Rowdies can lean on their experience from Saturday night with the confidence of being able to turn a result around.

2. A missed opportunity
Given how the match developed, of course a 2- 2 draw was a great result for the Rowdies. However, going into the night, it was a huge opportunity for the Rowdies to make a statement in the closing weeks of the USL Championship regular season. The New York Red Bulls II had already been held to a draw Friday night and with Pittsburgh and Indy facing off Saturday night, at least one of those teams was destined to drop points.

A win Saturday night would have put the Rowdies in first place with 59 points. Instead, Tampa Bay sits in fourth with 57, tied on points with New York but trailing on the tiebreaker. With all due respect to Louisville in sixth place, the top five in the Eastern Conference have been extremely tight for the last month. Going into the weekend, those five teams were separated by a single point, but one of those teams is going to finish fifth and play its quarterfinal match on the road.

Forecasting website FiveThirtyEight.com gives the Rowdies a 76 percent chance of finishing in the top four and avoid a road trip in the quarterfinals. With three weeks to go in the regular season, it’s anyone’s guess how the Eastern Conference will finish. The Rowdies have two road games remaining against non-playoff teams and a critical showdown against the Indy Eleven at home on Saturday, October 12.

3. Substitutions pay off
Rowdies Head Coach Neill Collins used his three available substitutions to great effect Saturday night, with two of them combining for Tampa Bay’s game-tying goal in the 89th minute as Lucky Mkosana headed in a cross from Shawn Barry.

Mkosana entered the match at halftime, replacing Juan Tejada. Midfielder Yann Ekra was next into the game, replacing Zach Steinberger in the 69th minute for his first action since July 26 due to injury. Finally, Shawn Barry came into the match in place of Leo Fernandes in the 80th minute. Barry took the right wing back spot, moving Malik Johnson to the left side in place of Fernandes.

It was Johnson in his new spot that cut toward Oscar Jimenez and drew the penalty kick in the 86th minute. Just a few minutes later, Ekra played a key role in the build-up that led to Barry crossing the ball for Mkosana.