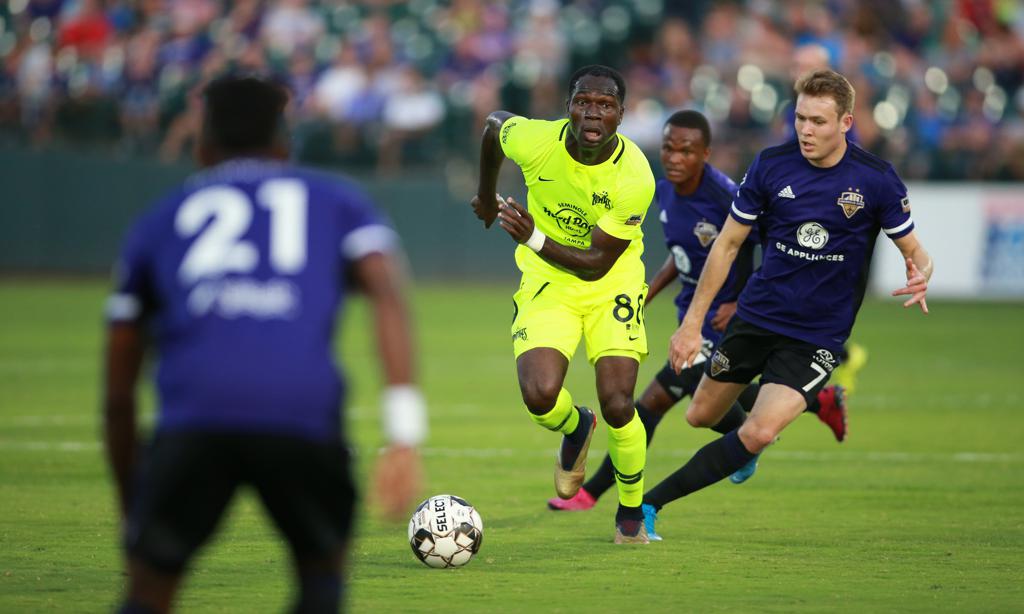 Tampa Bay was down 2-0 on the road against back-to-back defending USL Championship champions Louisville City FC and was playing down a man. The Rowdies have lost both of their two previous visits to Louisville Slugger Field and it looked like things were heading that direction again.

But the Rowdies never gave up, rallying with two goals in three minutes despite playing short-handed to earn a dramatic 2-2 draw and an important point in the race for postseason seeding.

Sebastian Guenzatti gave the Rowdies a lifeline from the penalty spot in the 87th minute and Lucky Mkosana tied the match at 2-2 in the 89th, scoring against his former club to help the Rowdies avoid defeat.

Tampa Bay (16-6-9, 57 points) started the match well but fell behind in the 35th minute on when Paco Craig nodded in a Louisville free kick to put the hosts ahead 1-0 before halftime.

The Rowdies looked totally disjointed for most of the second half and Napo Matsoso seemingly put the match out of Tampa Bay’s reach with a goal in the 79th minute, putting Louisville (14-7-9, 51 points) up 2-0 with barely 10 minutes left.

Tampa Bay was handed a little more adversity in the 83rd minute when Jordan Doherty was shown his second yellow card of the night, being dismissed from the match and reducing the Rowdies to 10 men for the remained.

Still, the Rowdies fought on.

Malik Johnson was fouled just inside the box in the 86th minute and Guenzatti scored his 17th goal of the year to give the Rowdies a little hope.

Two minutes later, Mkosana scored against his former club on a leaping header from Shawn Barry’s cross, tying the match at 2-2 against all odds. Mkosana started the season with Louisville City before being traded to the Rowdies in June. He come on as a halftime substitute and ended up as the Rowdies hero.

The late game dramatics kept Tampa Bay in the top four and on track for a home quarterfinal match in the USL Championship Playoffs with three matches to go in the regular season. The Rowdies will visit Loudoun United FC next Friday night before hosting a huge showdown against the Indy Eleven on Saturday, October 12 in the regular season home finale. Tickets are available here.