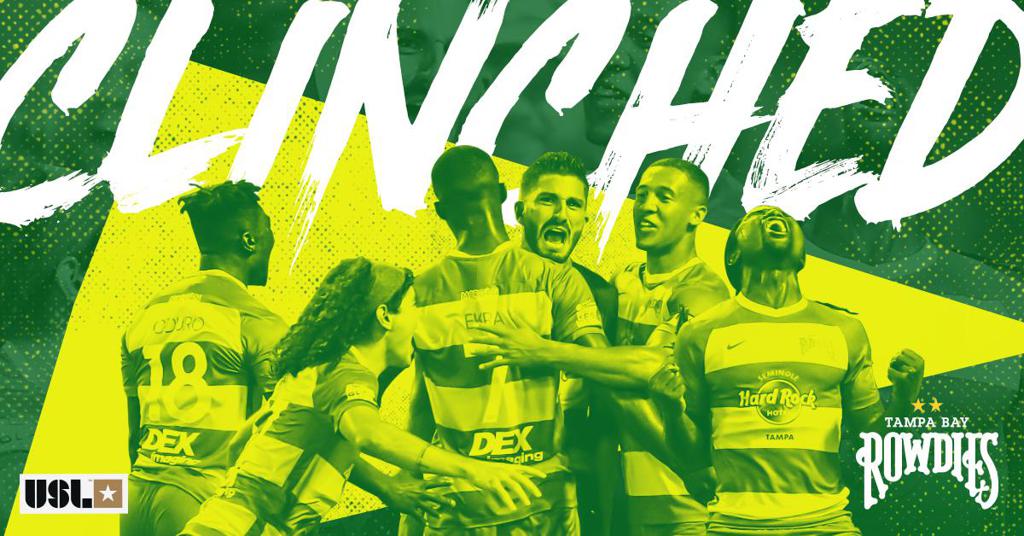 ST. PETERSBURG, Fla. (September 18, 2019) -- The Tampa Bay Rowdies will play for a trophy this fall with a spot in the USL Championship Playoffs now secure.

The Rowdies secured their spot Wednesday night defeat a 1-0 defeat to the Ottawa Fury FC due to the Charleston Battery's 3-1 defeat to Atlanta United 2.

This is the second time in three seasons the Rowdies have qualified for the postseason. Tampa Bay was eliminated by New York Red Bulls II in extra time in the 2017 Eastern Conference Semifinals.

Four Eastern Conference teams have now booked their postseason ticket. The Rowdies will be joined in the playoffs by New York Red Bulls II, Indy Eleven and Nashville SC, plus the six other teams to qualify.

The Play-In round of the playoffs is slated for October 23 with the Conference Quarterfinals set for the weekend of October 25-27.

The Rowdies will host a quarterfinal if they finish in the top four. Tampa Bay currently sits in fourth place with five matches remaining.

All matches in the USL Championship Playoff will be single elimination. If the match is tied after 90 minutes, 30 minutes of extra time will be played in their entirety. If the match still hasn't produced a winner, it will be decided by penalty kicks.