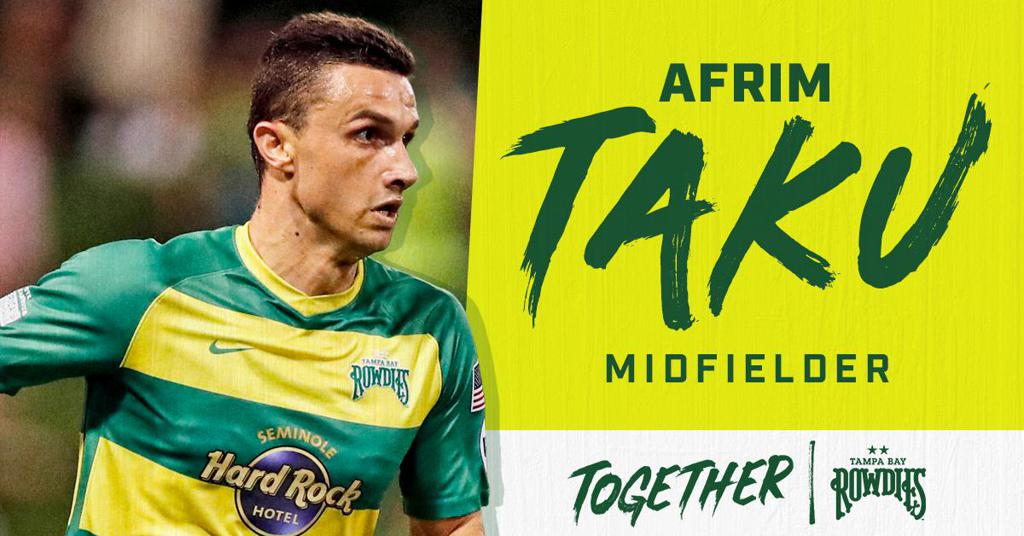 ST. PETERSBURG, Fla. (September 17, 2019) — The Tampa Bay Rowdies have welcomed the return of Afrim Taku, acquiring the Albanian midfielder from the Charlotte Independence, pending league and federation approval. Terms of the transaction were not disclosed.

Taku, 30, rejoins the Rowdies after spending half of last season with Tampa Bay. He signed in June and made 15 appearances, playing a little more than 1,000 minutes. He recorded 30 key passes and one assist while winning 63 percent of his tackles.

Taku signed with the Independence in February and featured in 26 matches for Charlotte. He has completed 87 percent of his passes this season and recorded two assists. He played against the Rowdies on September 7 and created four chances.

Prior to signing with the Rowdies last season, Taku had played his entire career in Albania for KF Tirani, Skrapari and Skënderbeu Korçë. He won three Albanian Cups and two Albanian SuperCups and played nine matches for Skënderbeu in the 2017-18 UEFA Europa League before departing for the United States.

With Taku’s addition, the Rowdies roster now stands at 24 players.