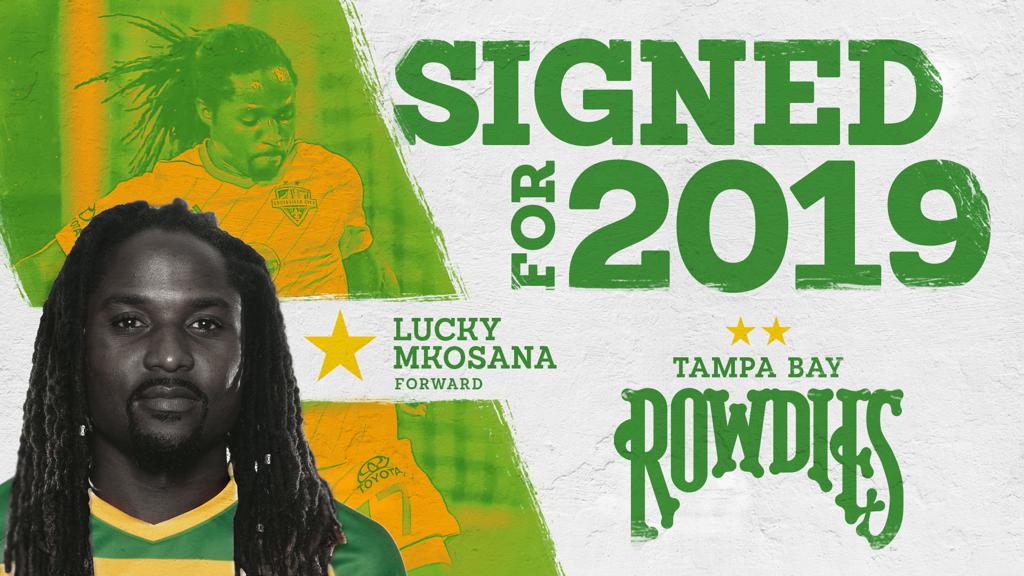 Mkosana, 31, previously played for the Rowdies in 2013 and 2014 and was a fan favorite. He arrived in Tampa Bay this morning and is expected to be eligible for selection for tomorrow night’s match against Ottawa Fury FC.

Mkosana scored four goals in his first stint with the club before departing for the New York Cosmos in 2015.

Last year, Mkosana joined USL Championship side Penn FC and scored 11 goals in 29 appearances. He began this season with Louisville City FC, scoring five times in 16 appearances in all competitions.

“We are absolutely delighted to add Lucky to our squad,” Rowdies Head Coach Neill Collins said. “It is hard to make your squad better at this stage in the season when the team has performed so well but it says everything about Lucky that we believe he will make us stronger for the second half of the season. Lucky has qualities that I believe suit our style of play and also adds a couple of qualities that I believe we have been missing.”

Hoppenot was in his first season with the Rowdies. He appeared in 11 matches in all competitions this year, scoring once in Lamar Hunt U.S. Open Cup play. The Rowdies wish Hoppenot the best of luck in Louisville.