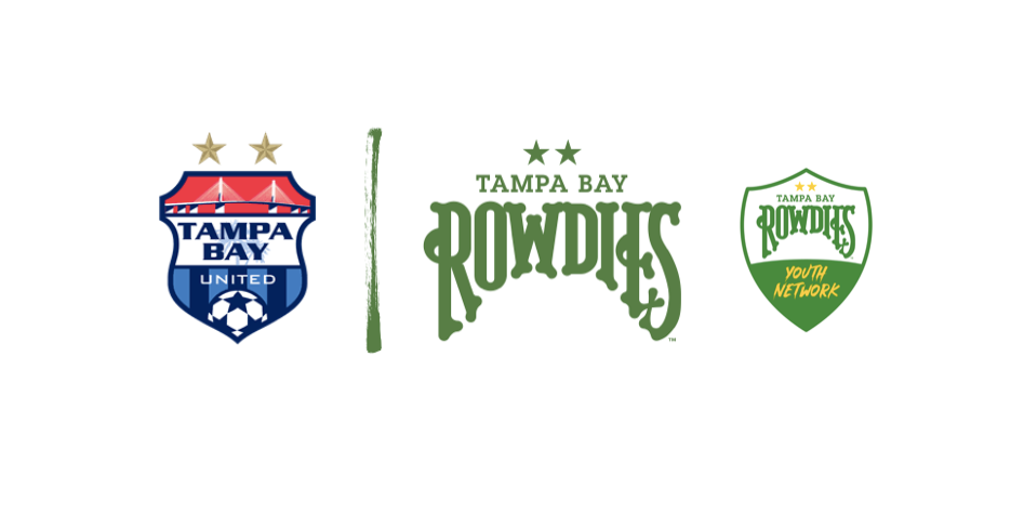 TAMPA, Fla. (April 18, 2019) – Tampa Bay United Rowdies (TBU), the youth affiliate program for the Tampa Bay Rowdies, welcomes Tiffeny Milbrett as Director of Coach and Player Development in charge of technical development and leading the organizations' broad depth of competitive and recreational soccer teams across all five of their soccer campus locations throughout Tampa Bay.

“After working for the last 10 years in youth club soccer, I was immediately aware that Tampa Bay United has the potential to become one of the best clubs in the country. The depth of the programming within the Elite, Competitive and Recreational sides of the club make this a one-stop destination for players; all areas of the youth game are satisfied. The opportunity to be a part of and give to this storied club was something I just could not pass up.,” said Milbrett.

Milbrett has spent the last four years in Colorado as a Director and Head Coach for the Colorado Storm and the Colorado Rapids and is known as one of the best women’s soccer players in history. She was inducted into the National Soccer Hall of Fame as part of the Class of 2018 and has achieved the pinnacle of sports success through her attitude and work ethic, inspiring a generation of soccer players with her achievements. Milbrett was part of the team that won the 1999 World Cup and played for the United States National team from 1991 to 2006, scoring the game-winning goal in the gold-medal match against China at the 1996 Olympics. She has played in three FIFA World Cups, two Olympics (winning gold and silver) and has amassed over 100 goals in her 16-year career. Her 100th international goal came on the same field she called home while playing soccer at the University of Portland. Milbrett went on to achieve the elusive 200th cap and is known for scoring the first-ever hat trick in league history for the first women’s professional soccer league, the WUSA. A founding member of the New York Power, Milbrett was considered a clutch player and recognized as League MVP and Offensive MVP in 2001.

Two-time FIFA Women's World Cup champion, two-time Olympic gold-medalist, fellow coach, and sports broadcaster Brandi Chastain considers Milbrett a teammate, colleague, friend, and an excellent coach. “Tiffeny’s desire to express herself and explore on the field as a player has led her to share her creative and passionate sides as a coach. Her style of coaching will guide, lead and inspire players and coaches to enjoy the pressure and delight of having the ball at their feet so as to develop as people and players with confidence and courage,” says Chastain.

In her role as Director of Coach and Player Development, Milbrett will be responsible for developing a technical standard of shared vision, coaching, player development, and methodology. Known for having a top-level coaching staff and strong programming for both boys and girls, Milbrett will be able to contribute a broad depth of technical knowledge into developing confident athletes and motivated coaches to further elevate the organization. Hired within a month of Sporting Director, Anthony Latronica, former Assistant Coach with the U.S. U-17 Men's National Team, the club seeks to provide a clear path towards reaching soccer success.

“I am so grateful and fortunate to have had a successful career in soccer as a player. Playing at the highest levels for so many years and accomplishing so much through the opportunities to play was a dream come true. My recent 10 years as a coach have been dedicated to supporting players in their journey to reach their potential and realize their dreams. It’s so exciting personally and professionally to be a part of a young player’s path to their soccer best.,” says Milbrett.

TBU Rowdies offers boys and girls the opportunity to play in their broad-based recreational program, their competitive teams including their highly-scouted elite teams that compete in prestigious leagues such as the ECNL (Elite Clubs National League) and the USSF Development Academy. This provides a comprehensive internal development pathway for players wanting to reach their full potential.

“We are very excited to add Tiffeny to our team at Tampa Bay United Rowdies. Our players, staff, and families will greatly benefit from her extensive soccer experience. We look forward to the work she will do on and off the field, in further developing our club and our players to reach maximum potential,” says Adrian Bush, Director of TBU Rowdies Girls ECNL program.

The first date for tryouts for the ECNL Girl's teams is April 24, to register for U13 or any other age group, visit here.